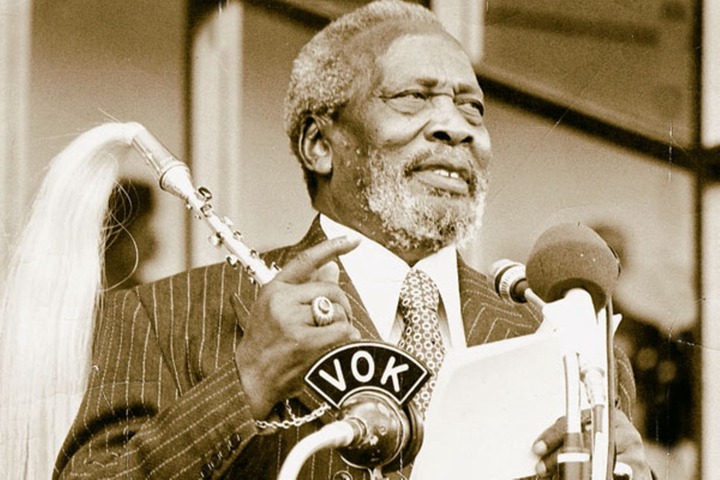 Two years after his release from Kapenguria, alongside the remainder of the team that included Jomo Kenyatta, freedom hero Paul Ngei left Kenyatta's KANU to form his own African Peoples Party (APP).

Before, between their release in 1961 and the 1963 elections, Ngei had hanged on Kenyatta's and KANU's coattails to gain his footing in Ukambani, before bolting out to form the new APP.

The party would go ahead to enjoy total support in Ukambani, where Ngei hailed from, frustrating KANU, which found itself totally locked out of the region and with another party to fight in addition to KADU.

Things worsened even more for KANU in Ukambani when Kanu’s Minister for Works Mwinga Chokwe threatened to drown into the Indian Ocean Kamba’s living in Coast who did not support the party. 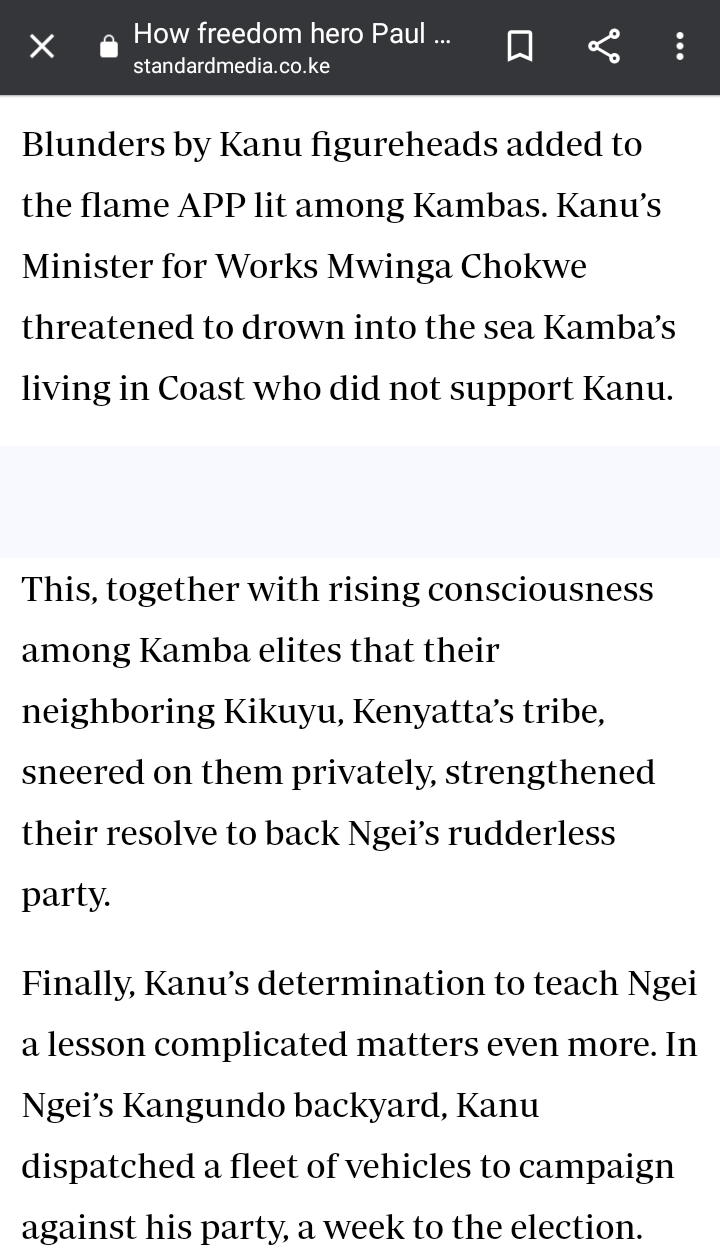 During the 1963 elections, Ngei's party swept all the 8 MP and 2 senate seats in Ukambani, with those in the Coast also voting against Chokwe, making him the only Kanu minister who lost the independence vote.

The win embarrassed Kenyatta, who had, days before the election, dispatched campaign vehicles to campaign against APP in Kangundo.

The interesting thing about Ngei is that he never held any process of identifying party candidates, and only randomly picked names, listed them and presented them for the main election.

He also disliked whites, and predicted that they will one day eliminate each other and leave the ruling of the world in the hands of blacks.

“At one press conference, after descanting on how Africans blew their noses more hygienically than Europeans, he visualised a world in which white men had eliminated each other in a nuclear war, leaving supremacy to the blacks,” Kyth Kyle writes in 'The Politics of The Independence of Kenya'.