Former Finance Minister and Member of Parliament for Githunguri, Arthur Kinyanjui Magugu, may or may not ring a bell with you. 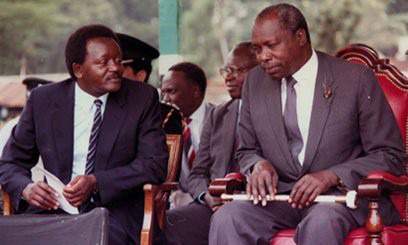 Others have praised Magugu as a politician who never quits up, while others have referred to him as a maverick.

The politician, who seems lazy and uninterested, is actually a trailblazer who has established a number of firsts.

After being elected to parliament twice, Magugu lost his seat in the 1992 multi-party election.

The late lawmaker is notable for four reasons: he banned smoking in public places, he ordered all paintings of Kenyatta removed from government buildings, he delayed the budget address, and he was the sole lawmaker to spend his whole term on sick leave.

Magugu, when serving under Moi, ordered the removal of Kenyatta's likeness from public buildings; this was a hallmark act of his perseverance. So that he could win Moi over, he did this.

Magugu went on to hold the position of Minister of Health for a short period after the elections in 1979. When he was in office, he mandated that warning labels be placed on cigarette packages by tobacco firms.

In addition, he enacted legislation that made it illegal to smoke in any public location. Magugu took a matatu ride with his guards to monitor compliance and ensure the ban was being strictly adhered to.

Back in 1983, when he was a member of parliament for Githunguri, he served as the country's finance minister. During his presidency, the reading of the budget was only ever delayed by a week.

He told reporters at the Treasury Building offices that the delay was nothing major and that he had to do it to protect his political career.

At the end of the day, Magugu is the only member of parliament to have served his entire term while absent due to illness.

The former Githunguri MP's failing health prevented him from attending the 2002 swearing-in ceremony soon after he was elected. A ban was placed on Magugu's attendance at all House hearings.