By @Facts (self media writer) | 9 months ago

Orange Democratic Movement (ODM) party leader Raila Odinga is getting pressurized less than fifteen months before Kenyans proceed to the ballot to chose the next government.

With some of his close allies finishing their second terms and choosing different posts, Raila remains in limbo after reports merged that most of his confidants are requesting for his support, despite a couple of them eyeing the same post. 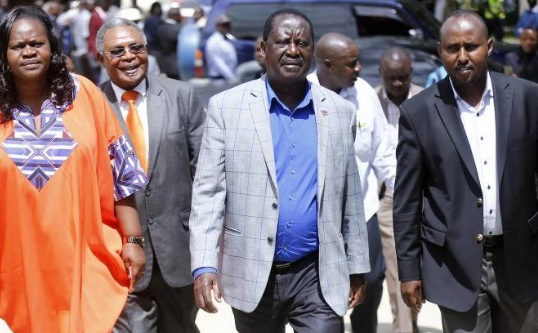 According to a publication by the Standard, some of Raila allies who sought anonymity hinted that in case they do not manage to get the party's ticket in their preferred posts, they will contest the general elections as independent candidates.

There are fears that ODM might lose its diehard members as it happened in 2013 when Migori boss Okoth Obado ditched ODM for the People's Democratic Party winning the polls.

Boni Khalwale Delivers Good News to DP Ruto, Says Western Region to Vote for Him by 95%, See Why