Tanzanians have taken to their different social media accounts to express their opinions and suggestions after seeing a video of the president of Kenya, honorable Uhuru Muigai Kenyatta praying for the mother of the late president of the republic of Tanzania, honorable John Pombe Magufuli. 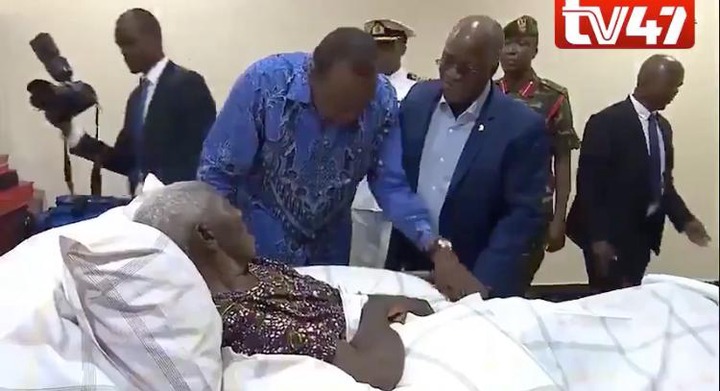 In a video that has since gone viral all over the internet and is still making rounds on different social media platforms, honorable Uhuru could be seen getting into the hospital with the late president Magufuli while visiting the sickly mother of President Magufuli in hospital.

President Uhuru is later seen ordering everyone in the room to be silent before he conducts a short prayer to the ailing mother of the late president of the republic of Tanzania as president Magufuli is seen smiling beside him.

This is happening at the same time when president Uhuru Kenyatta received alot of praise after another act in Tanzania where the president reportedly cut short his speech during the call for Muslims to pray after hearing an alarm from the nearest mosque.

The video has sparked alot of mixed reactions from Tanzanians who seemed to have different opinions and suggestions on the matter. With a section of Tanzanians claiming that this might have been done to show off, others went ahead and congratulated the president for always being there for president Magufuli.

Abdi Hassan - This is what we mean when we say we want true friendship, I don't know what happened there but all I see is that he wasn't forced to pray for her.

Reik Maalim -, After seeing what Uhuru did in Dodoma stadium after he stopped his speech after hearing the alarm for Muslims to pray, he's a great man.

Kimani Paul - The president has always been strategic and everything so I'm not surprised because as far as I'm concerned, he is a good man.

Amina Fatima - A friend in need is a friend indeed i don't know if i said it right but this is a great thing to see especially at this time.

Jamal Donge - Congratulations sir, you're still proving to the world how great you are and I know you'll always be remembered for that. 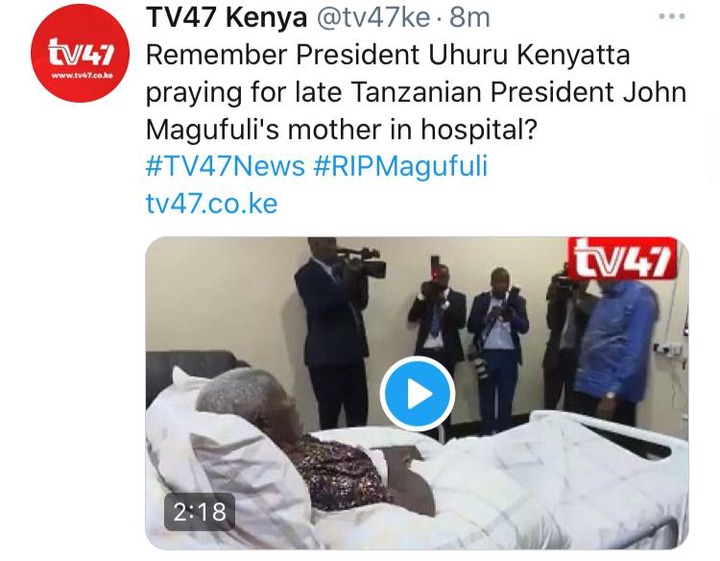