By CommandNews (self meida writer) | 1 months 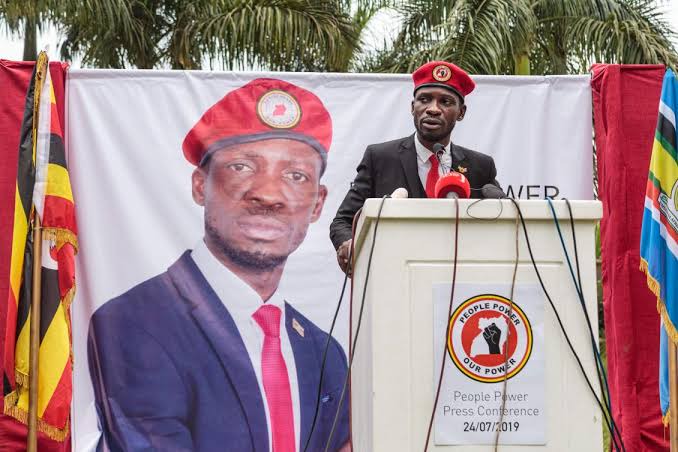 Just after attack on Major General Katumba in which his daughter died, Uganda President Yoweri Museveni suffered another big loss after another Major General known as Paul Lokech was pronounced dead.

The span of the two deaths within two months has raised eyebrows on the security of top officials amid hightened tension President Museveni and the opposition led by former singer now turned politician Bobi Wine.

General Paul Lokech until his sudden death, was appointed by the President as the Deputy Inspector General of Police after having a very successful career during his time serving in the military. 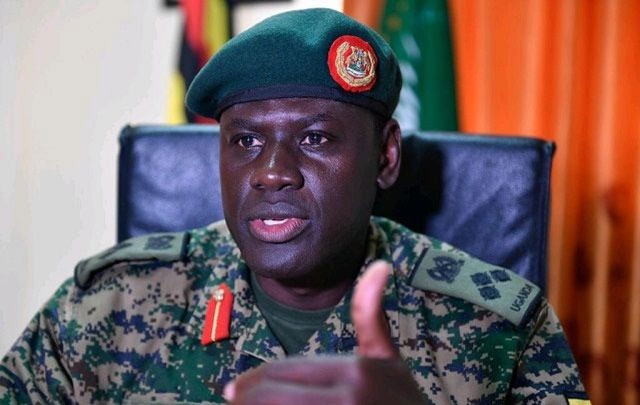 And now Bobi Wine, a strong critic of Museveni regime has broke his silence and revealed his opinion surrounding the death of the general.

According to Bobi, the President appointed Lokech as he was afraid of an impending defeat and planning to rig elections in an effort to stop the Ugandans to rise for their democratic rights. Bobi Wine blames the deaths of high ranked professionals in an effort to safeguard his presidency despite many Ugandans wanting to stand for their democratic rights.

"Gen. Museveni, afraid to his skin of an impending election defeat, and well aware of the kind of rigging he was plotting to do, decided to deploy Gen. Paul Lokech to stop any attempt of the people of Uganda to rise up and reclaim their democratic rights."Part of his statement reads.

Here is part of his statement ; 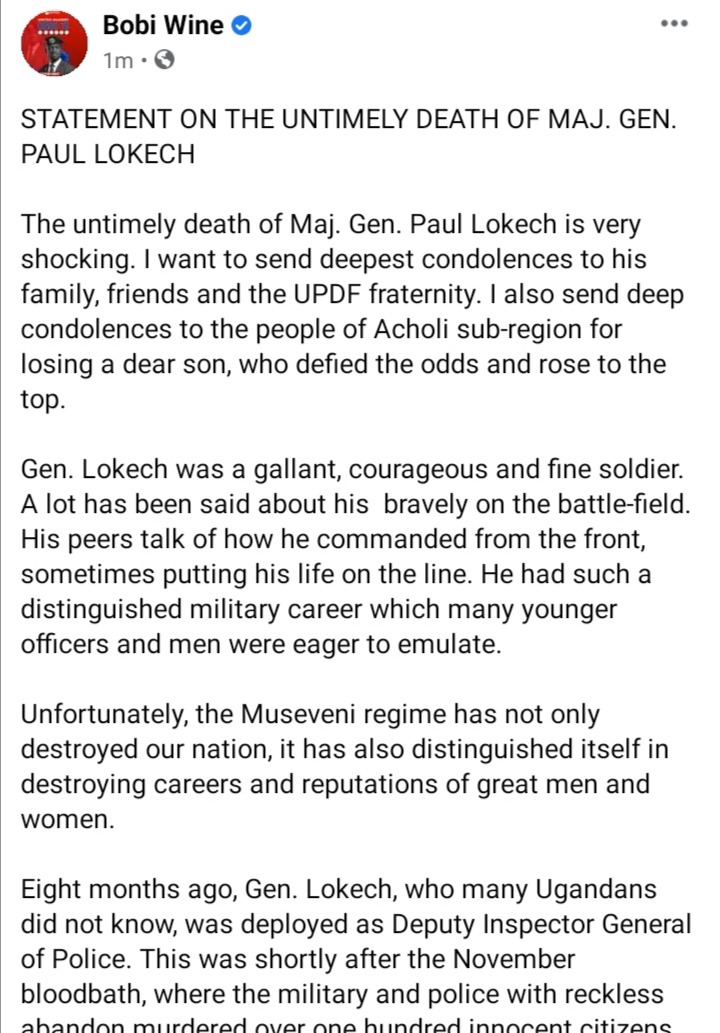 Police Officers Raid a Market Before Curfew, Slept With Different Women Then Asked Money From Them