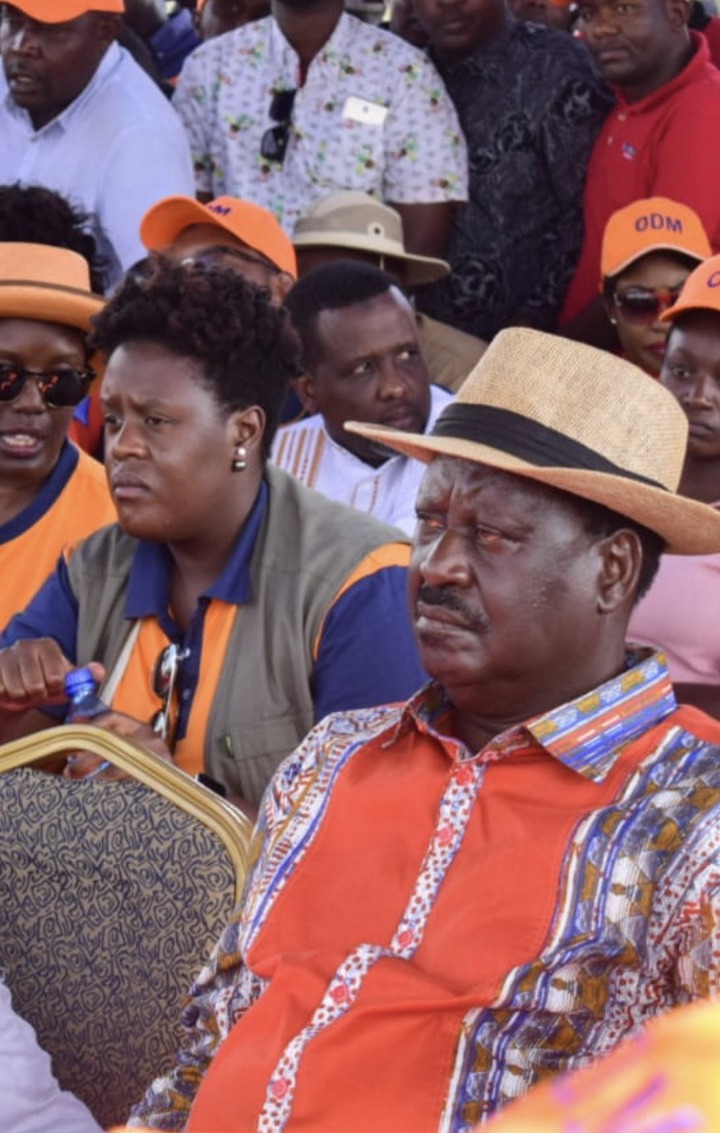 Orange Democratic Movement [ODM] party together with its leader Raila Odinga are likely to find themselves into deep trouble following the serious accusations made against them by former Kakamega County Senator Boni Khalwale.

According to Khalwale as brought out in his statement, the ugly disruption of DP Ruto's Rally in Jakaranda by rowdy youths is possibly linked with the ODM party together with the party leader.

In addition to that, the Embakasi East MP Babu Owino who currently happens to be Raila's top vocal and fierce ally is also not left behind.

This has now made the former senator to call upon Raila to denounce violence during elections.

He has also demanded Babu Owino who is in control of Jakaranda as the MP to record a statement concerning that violence witnessed in his area.

Boni has as well gone ahead to call upon the body in charge of election activities in the country IEBC to immediately take disciplinary action against the ODM party. 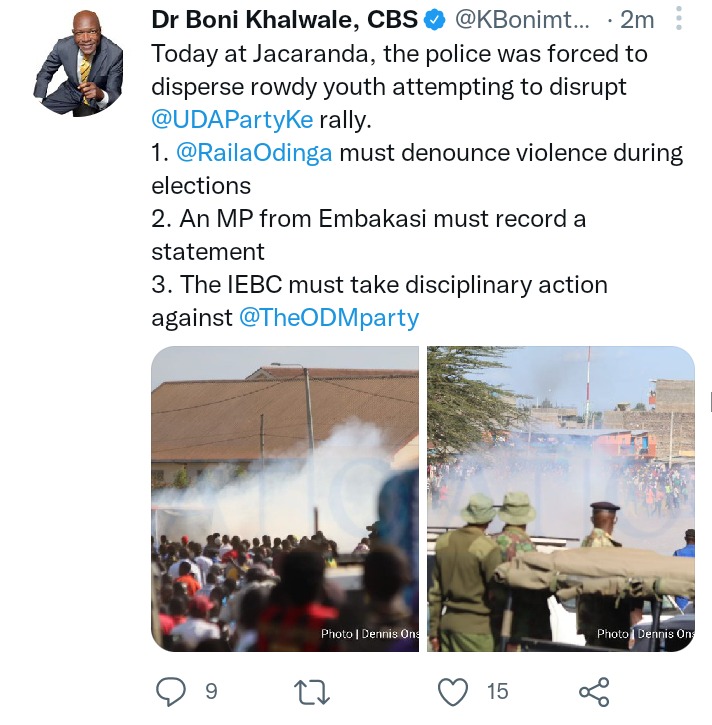 If any case the IEBC considers Boni's call and act according to his wish, then the entire ODM party may end up missing in the ballot in this year's August general elections.

It may greatly affect Raila's top political bid in plans to succeed Uhuru as he will find it more difficult to penetrate the ground with a new political party different to the famous and highly popular ODM party.

To Babu Owino, if accusations by Boni Khalwale found to be true, he may find himself serving in jail as well as being barred from contesting for any political seat in the country.

It may also affect his plans and ambition to secure his Embakasi East MP seat as many of his supporters may fault him for being violent.

And all will now add more advantage to DP Ruto and his team who will also be able to earn more votes of sympathy not only in Embakasi East but across the country as well.