By MinLeone (self media writer) | 11 days ago 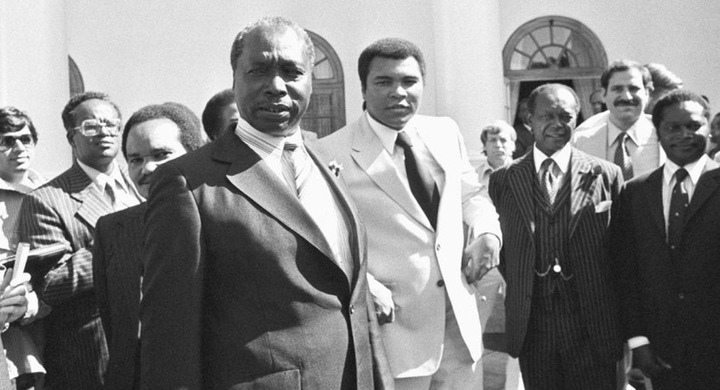 Retired President Daniel Moi was known for his efforts towards the betterment of agriculture during his tenure, with one of the most successful agriculture-based activity during his rule being his soil erosion prevention project.

This included the terracing of hilly lands and planting trees to prevent the transit of land fertility.

The campaign one day saw him not only subject his ministers to an open air cabinet meeting but also a hard job which was only done by prisoners during the colonial era.

It was one day in March 1982, during a tour of Machakos town, when the President summoned his cabinet ministers to a sudden meeting which was conducted under a spreading thorn tree, in what became the first ever open air cabinet session.

There were no suits and even Constitutional Affairs Minister Charles Njonjo was spotted in a jeans and a t-shirt, while Attorney General Joseph Kamere was clad in a spotted bush shirt.

Kenyans in attendance listened as the President declared the meeting a practical work meeting and not for talkers, after which the then young head of state sprinted towards a nearby large open trench, with his juniors following panting and sweating.

For three hours, the 'waheshimiwas' built gabions comprising wire cylinders of soil and stones in line with the anti-soil erosion campaign.

Vintage Eastland's Estate that has Lost its Glory