Nominated senator Millicent Omanga has discredited the choice of a woman as running mate.That is after the Azimio coalition settled on Martha Karua as Raila's running mate, in a move that has seemingly unsettled Kenya Kwanza.Omanga was speaking as a guest on radio Citizen during a late night show. 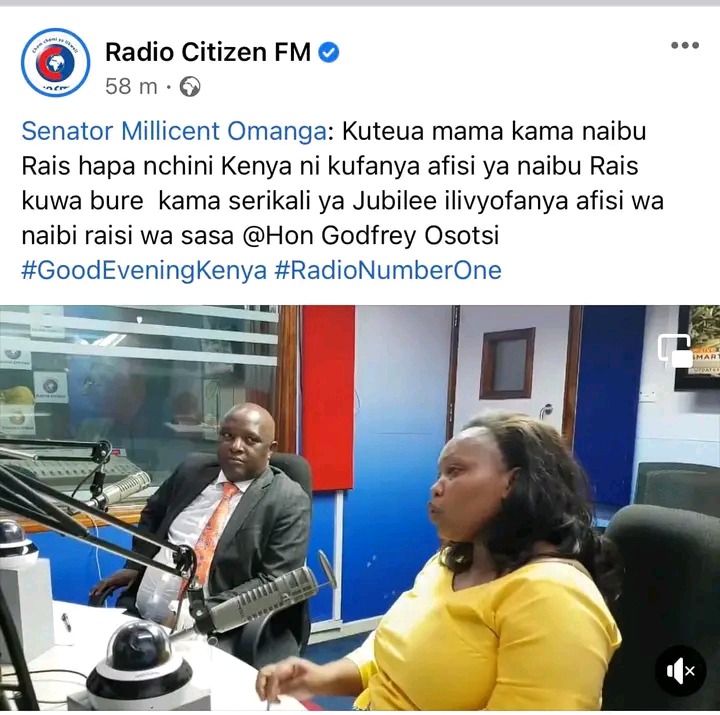 She said that electing a woman as a deputy president here in Kenya will make the deputy president's office meaningless just like the Jubilee government has made the current Office lack meaning.

During Jubilee's second term, the deputy president's office was rendered meaningless as most of its roles were transferred to other people within the Cabinet.It is said that Matiangi took most of the roles that were to be performed by the deputy.

The president accused his deputy of too much politicking while in office.Raila however stated that Martha Karua's roles were clearly stipulated and that there would be no problem in co-working.Omanga is vying for the Nairobi woman representative seat.

I Was Born Without My Female Reproductive Organs. It Was The Saddest Reality Of My Life;Julian.

I Was Born Without A Vagina , Cervix And Uterus

7 Behaviors That Ruin a Relationship You Should Be Careful With