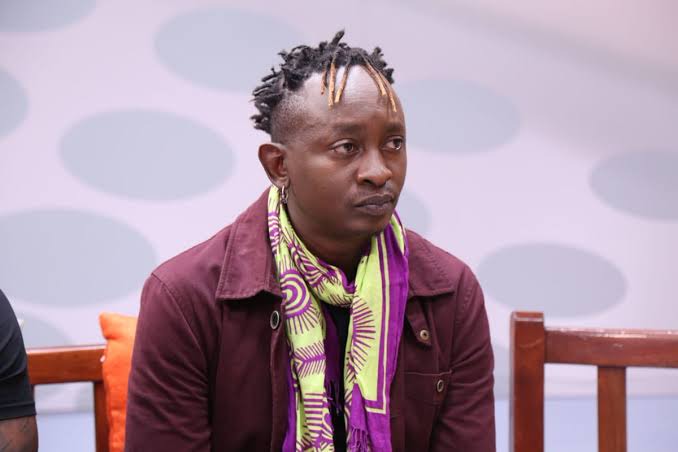 Outgoing Japan Ambassador to Kenya Ryoichi Horie on Tuesday paid President Uhuru Kenyatta a courtesy call at the State House to bid him farewell after completing his assignment in the country.

The envoy amazed Uhuru with his mastery of Kiswahili when he performed popular song 'Mkenya Daima' composed by famous musician Eric Wainaina. Watch the VIDEO here.

What most people are not aware of is that even though Wainaina's songs have been performed at the house on the hill and and national events for many years, the musician was blacklisted from performing during State functions. 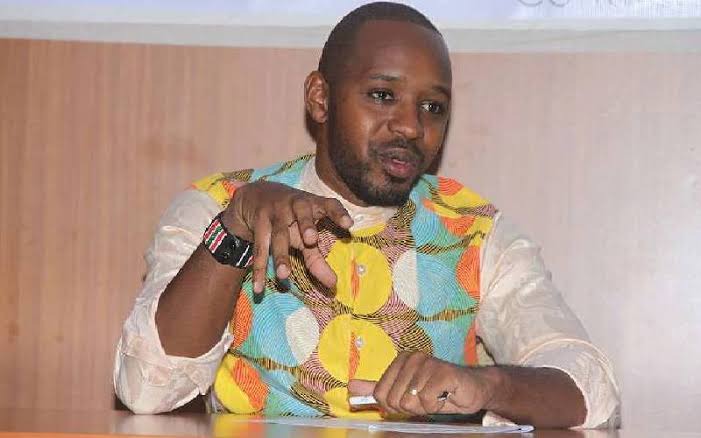 According to controversial activist Boniface Mwangi, Wainaina was banned after he opposed the election of President Uhuru and his deputy William Ruto in 2013.

Mwangi said ahead of 2013 polls, the talented musician published an opinion piece in a local newspaper saying he can't endorse Uhuru and Ruto who were facing criminal charges at the International Criminal Court (ICC), Hague.

"Eric wrote an op-Ed for The Star newspaper in 2013 saying he can’t vote for 2 men accused of crimes against humanity. Uhuruto’s government blacklisted him," he tweeted on Wednesday. 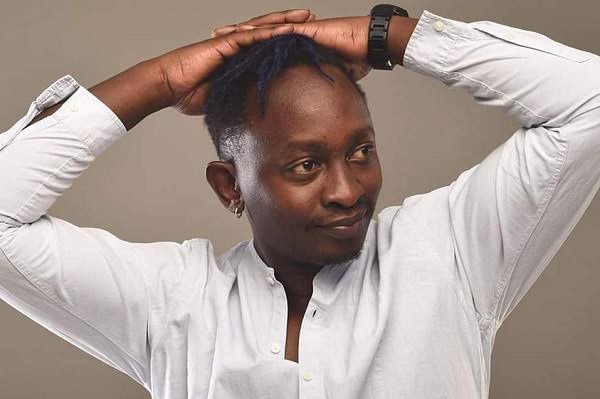 The activist said it was ironical that Wainaina's song was performed by the Japanese at the State House when the real owner of the music was unwanted man. 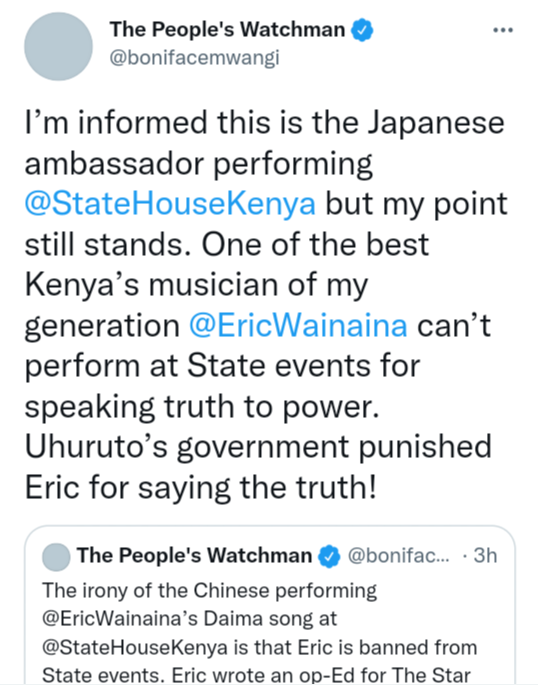 Interestingly, it was Uhuru's family that begged Wainaina to perform at the 21st anniversary of the late president Jomo Kenyatta on August 22, 1999.

The Kenyatta's paid for the musician's air ticket from Chicago at an estimated cost of Ksh100,000 to perform his song Mkenya Daima which has forever lived to unite Kenyans even in the country’s worst moments.

"Demolish Them." Angry Kimani Ichung'wa Responds To A Fan Accusing Him Of Land Grabbing.

Ruto Hints At Two Candidates likely to be His Running Mate