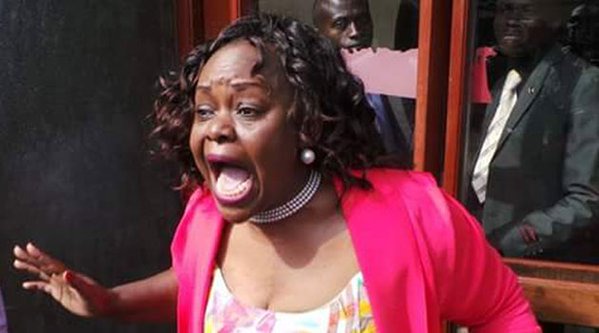 Mbita MP Millie Odhiambo has warned Deputy President William Ruto against running to the International Court of Criminal Justice ICC, to report other leaders in the country.

Taking on Friday when he accompanied the former premier to Homa Bay county, Millie warned Ruto against rushing things to the ICC saying Ruto had already sensed defeat.

She added that she is ready to defend Raila at the court should he gets summoned over Ruto's letter accusing him of causing violence during UDA's meetings.

At the same time, other ODM leaders led by Junet Mohamed and John Mbadi warned Ruto against planning to bring violence into the country once Raila defeats in August.

According to the two, Ruto should come out clearly and admit that he will be ready to accept defeat to Raila in August to avoid causing tension in the country.

They claimed Ruto is a bitter man and the recent remarks in Eldoret clearly showed that Ruto is afraid of Raila's win in August.

On his part, Raila said learned youths deserve better jobs and not just to push wheelbarrows as fronted by his competitor William Ruto.