By ronaldcharley (self media writer) | 10 months ago 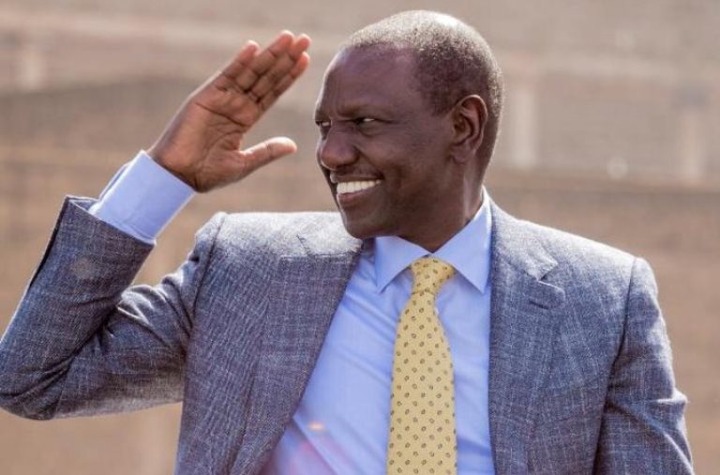 Kenyans have hit out at Deputy President William Ruto after he took to his social media page to reveal what he discussed when he met a section of Nyanza leaders.

DP Ruto in the video that he posted late at night said if his political opponents had organized such a meeting, they would be talking about changing the constitution or political seats.

Ruto further told the Nyanza leaders that he and his team are focused on creating jobs and looking for different ways to improve the economy.

“Ordinarily a meeting like this they would either be discussing about changing the Constitution or how to share political positions. But we are having a different conversation and I am happy it is about the economy,” said Ruto.

Kenyans however in reaction to the video faulted the DP saying he has made promises before and failed to fulfill them as some said most of the people in his meetings are not hustlers yet he wants to empower hustlers.

“How many son's of dynasties were in attendance, Charles Nyachae and Eliud Owalo I didn't see any hustler aka bodaboda, mamamboga,” said Wuod Nyamuga.

“We've heard such lies before. And nothing you said before you have fulfilled. Kenyans, at least majority know better now,” said Chuck Delly.

“You have been the Deputy President for 8 years, the narrative is the same,” said Karan Ochieng.

“Talking of economy yet you are investing in Uganda,” said Silvester Mulehi.

“But you said this 2012 & 2017..1 million jobs, payment in internship once you finished university, internet in every county, tractors for farmers ..what happened?” said Abdul Dabaso. 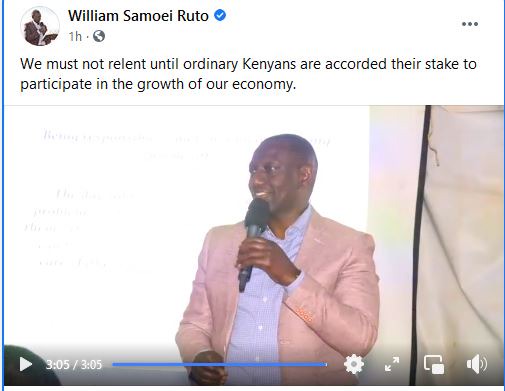