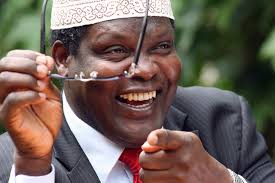 Francis Atwoli is a long-serving secretary general of the Central Organisation of Trade Unions in the country, he has also shined on the international level where he has been selected to take major leadership positions in international trade organizations.

In a recent statement, the COTU boss hit out at Raila Odinga for saying that William Ruto is showing traits of dictatorship, Atwoli said that people saying that Ruto is a dictator are people in the political space saying that they should talk because that is what they fought for. Atwoli added that the new government has promoted free speech and they have not castigated anybody for criticizing the government.

Several hours ago, Kenyan lawyer Miguna Miguna has come out guns blazing at Atwoli, he laughed at his statement saying that cowards, squanders, and hypocrites have no shame. 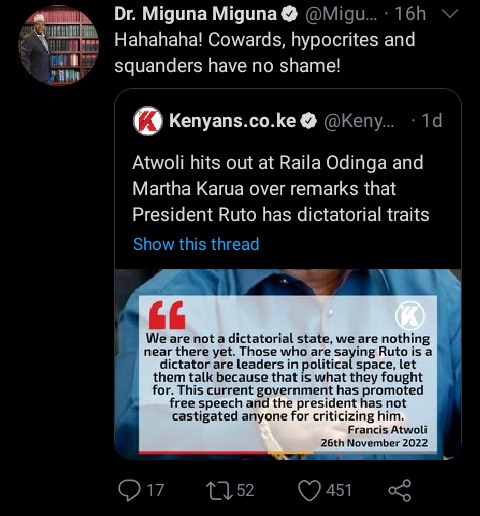