By KrimeExpert (self media writer) | 6 months ago

The One Kenya Alliance Party leaders have finally opened up about an incident that happened yesterday after the former prime Minister of Kenya and Orange Democratic Movement party leader, honorable Raila Odinga went to Kasarani stadium where he announced that he was going to be in the 2022 presidential race.

In an incident that happened yesterday, the former prime Minister of Kenya, Honorable Raila Odinga declared that he was going to be among the 2022 presidential candidates. In his own words, be said that he decided to do so after receiving a number of requests from his supporters.

According to the reports given by Raila Odinga, he said that given a chance, his government was going to make sure that it delivers all the promises he is making now. Speaking of the ksh. 6k that he promised to give to all unemployed kenyans, Raila said that this was something that was going to work.

The former prime Minister of Kenya who was addressing a number of leaders along with his supporters said that the ksh. 6k was not a handout as other politicians had claimed. To him, this was something that was going to help them live a better life.

A day after missing Raila's big function, leaders of the One Kenya Alliance who gave different reasons as to why they didn't attend Raila's Function have come forward to give their actual reasons for Boycotting the function despite the fact that the former prime Minister of Kenya invited them.

According to the reports given by several leaders from OKA, they described the former prime Minister of Kenya as their fellow competitor and for this reason, they claimed that they didn't attend his func tion in order to avoid making it look like they were endorsing him for the presideny. 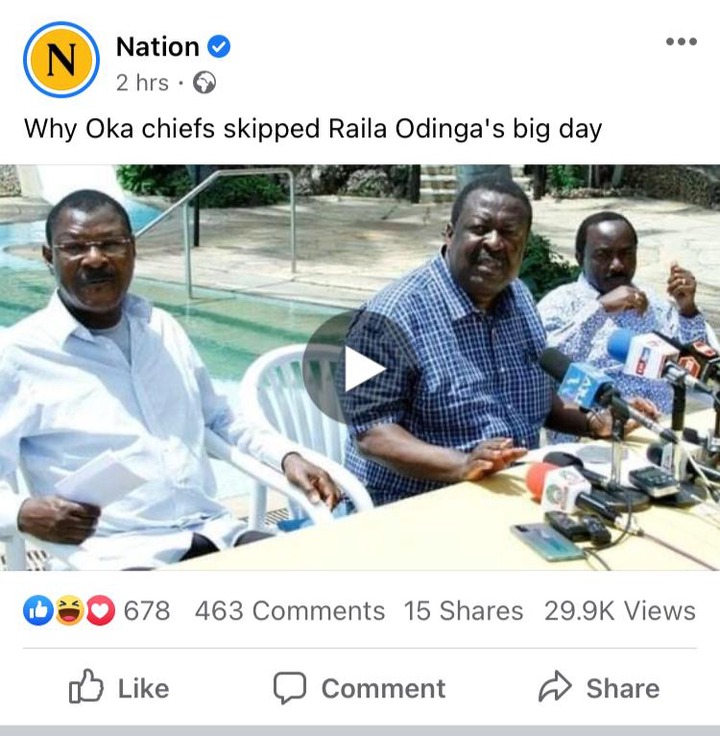