Alshabaab Attack On Millitary Base Backfires

By Newshunter (self media writer) | 9 months ago

Alshabaab millitants is one of the toughest issues that leaders in the East Africa region have to constantly deal with and the current situation in Somalia has even made the situation worst as the millitants prefer such situations to spread fear and increase their sphere of influence.

This standoff between President Faarmajo and regional leaders have resulted in numerous attacks in Mogadishu and other districts headquarters.We have even witnessed in some few days ago an attack just around the perimeter wall of presidential palace in Mogadishu killing at least 4 people and injuring ten.

As result of this heightened tension , Amisom forces have been on high alert and are monitoring every move around the country.And so when Alshabaab militia tried to attack one of the millitary base,their operation backfired and they were overpowered and forced to retreat into hiding.

"#Jubaland troops backed by forces from @kdfinfo have repulsed an #AlShabaab attack on a military base in #Somalia's lower Juba region. The militants later retreated to nearby bushes after they were overpowered by the gallant forces.- reports. " Taqwa media tweeted. 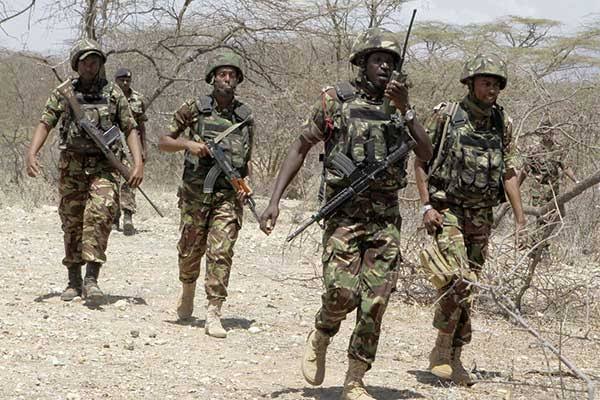