By Desert~rat (self media writer) | 1 month ago

The second in command honourable William Samoei Ruto has remained unapologetic over the leaked audio recording in which he was accused for allegedly threatening to slap his boss President Uhuru Kenyatta. 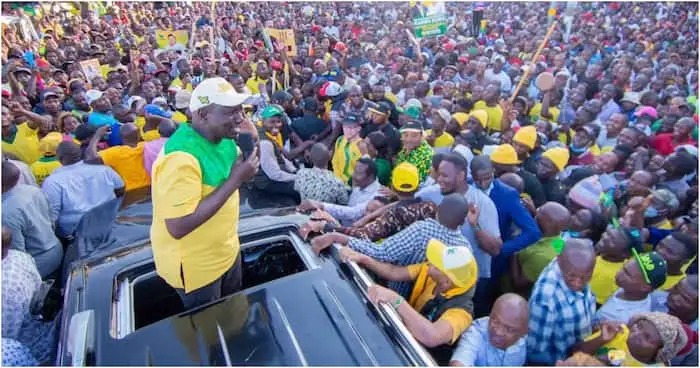 Earlier today while he was doing his campaigns, Ruto charged the thousands of his supporters who had gathered at Kithirune, Central Imenti, Meru County as he was selling out his manifesto.

While addressing the uproarious gathering, Ruto revealed that their political competitor honourable Raila Odinga who was then running on a National Super Alliance coalition ticket had planned to take away the seat from Uhuru.

He further added that there was no way he would let Raila take over the reins of power yet he (Ruto) fought tooth and nail to ensure Uhuru won the elections. 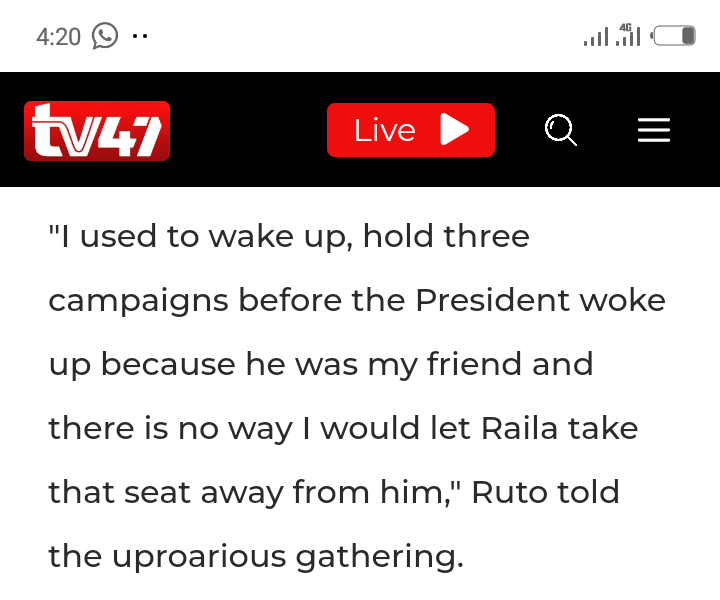 Through another controversial utterance, Ruto claimed that he did not "do any wrong" by trying to "force" Uhuru into power, implying that his boss was not keen on the 2017 presidential election re-run that was ordered by the court....."Hata kama nlimlazimisha iko makosa?" he asked. 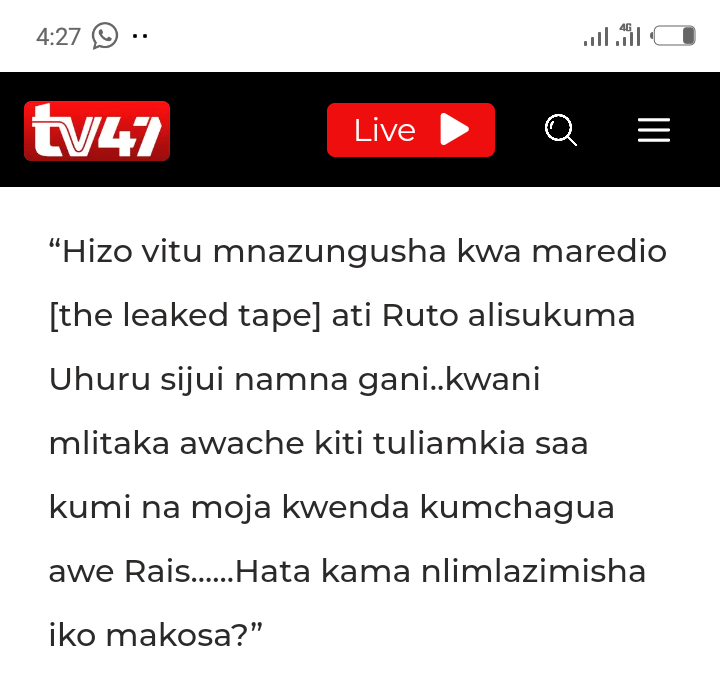 Opinion: Names Likely To Appear In Ruto's Cabinet And Other Key Government Appointments

Chebukati Alleges What the 4 IEBC Commissioners Attempted to do, Says it Is Against Oath Of Office

"The Alleged 0.01% Increase in the Presidential Results is False and Misleading" Chebukati Claims