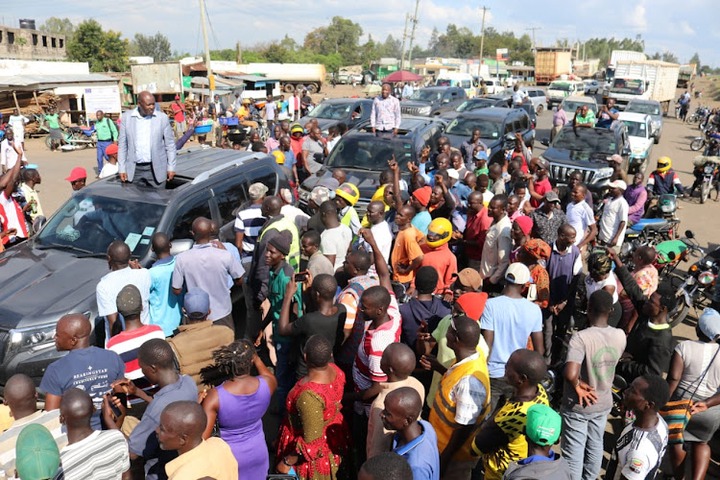 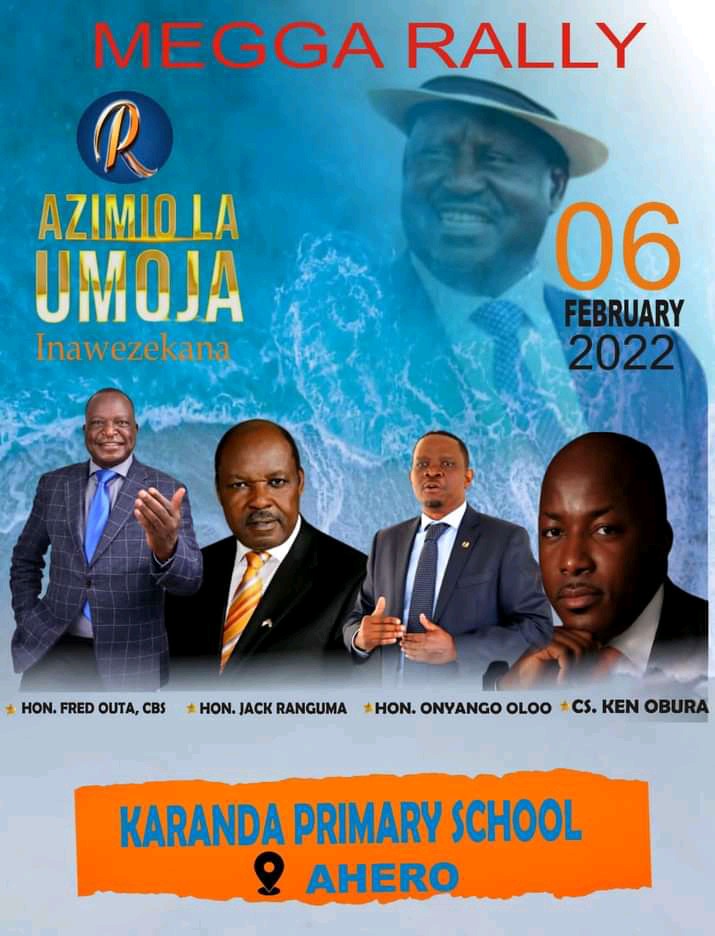 What was being viewed as an empty talk has now began sending jitters to Governor Anyang Nyong'o after the four officially launched their campaign trail in Ahero. Political analysts had opined that the four will split as they will have difficulties deciding who should be the flagbearer among them. This is no longer the case as sources close to them indicate that they have already settled on CAS Ken Obura as the best placed to unseat Nyong'o.

The rally held in Ahero today (Karanda Primary School) attended by Senator Fred Outa and former Governor Jack Ranguma attracted quite a sizeable crowd with many camping at the event's venue hours before the principals arrived.

Outa and Ranguma made it clear that their main agenda is to send Nyong'o packing in August.

The race hots up, it is not yet whether they will contest on an ODM ticket or opt for another formation. If they go for ODM, then the main battle will be at the nominations stage.