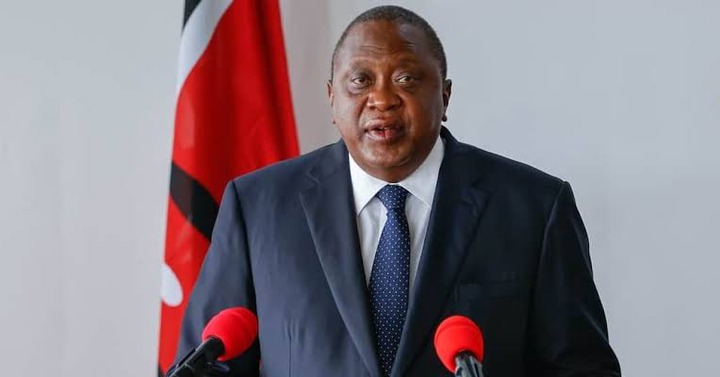 News reaching us just now is that former President Uhuru Kenyatta has revealed that he will not be attending AU peace talks on Ethiopia scheduled to take place in South Africa tomorrow.

According to reliable source that reported the news, the Former president has revealed that he won't be attending the peace talks as he will not attend the peace talks due to other engagements.

"Former President Uhuru Kenyatta says he won’t attend AU peace talks on Ethiopia due to other engagements; the talks are scheduled for tomorrow in South Africa," reported the source. 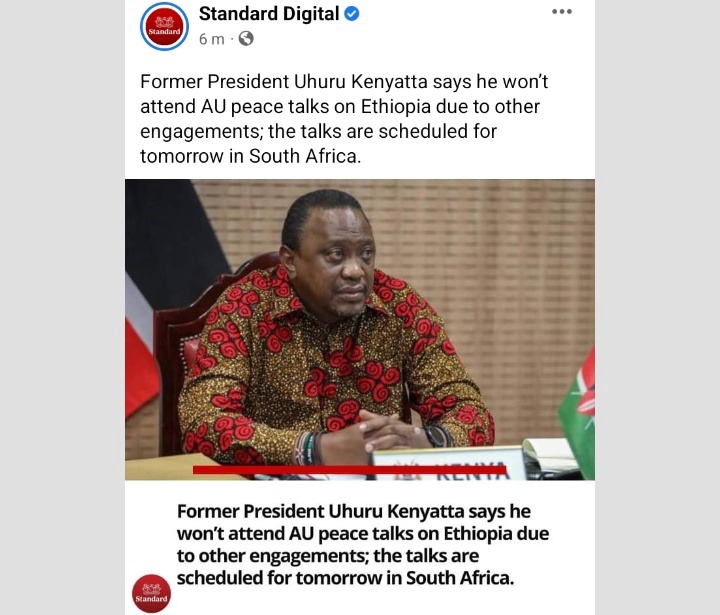 The peace initiative job had been given to the former president by his successor President William Ruto gave moments after the President was sworn in as the Head of State and Government at a packed Kasarani stadium on Tuesday, September 13, 2022.

Ruto while addressing the nation after taking the oath of office revealed that retired President Kenyatta would be steering peace initiatives in the region.

The President noted that his predecessor had done a commendable job steering peace initiatives, especially in the neighbouring country of Ethiopia which was affected by a bloody conflict in November 2020 after Tigray rebels attacked government soldiers.

Mike Sonko Excites Crowd By Saying He Is The New Deep State, He Warns Raila