By Politrickss (self meida writer) | 29 days

The Kenyan police department has replied to the allegations made by the members of the Orange democratic movement party who went to the media to reveal that a couple of their members were arrested illegally. 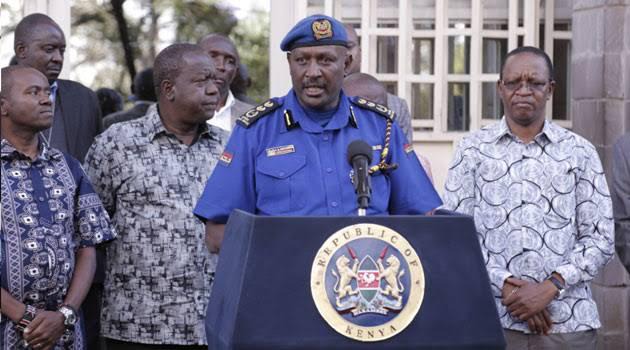 According to the reports given by Honorable Edwin Sifuna, he revealed that a group of police officers had arrested a couple of members of the Orange democratic movement in Bonchari under unclear circumstances and at the same time without giving them a reason.

Due to this reason, they have called upon the Kenyan police department out for allegedly being used by unknown powerful politicians to provoke their members in the ongoing elections in Bonchari. 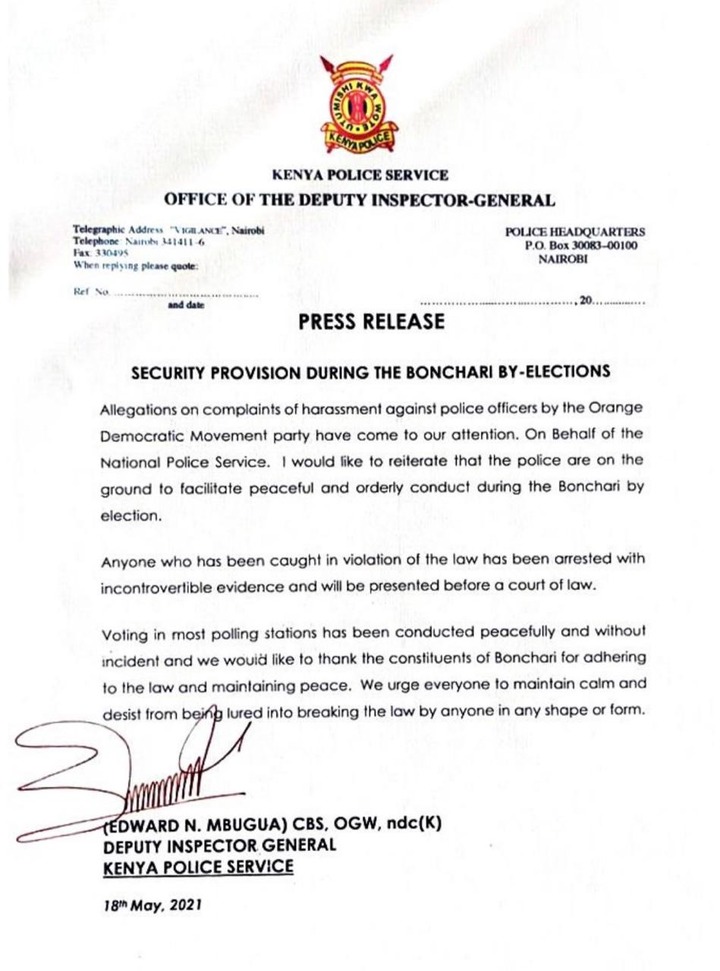 However, while replying to this allegations, the Kenyan police department has issued a statement revealing what is currently happening down in the region and the reasons why their are alot of police officers in Bonchari.

Taking to their Twitter account to express their motive and reasons behind the arrests of several political leaders, they revealed that the high number of police officers in the region are meant to maintain law and order during the election procces and at the same time make sure that no one is injured.

While speaking about the arrests made, they revealed that all of the politicians along with several members of the public who were arrested were each found with their own crimes or wrong side of the law and so due to this reason, they are yet to charge them. 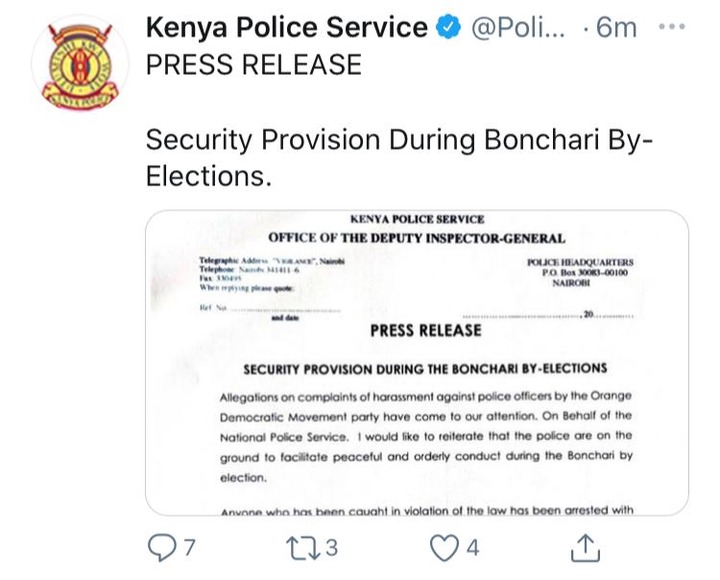