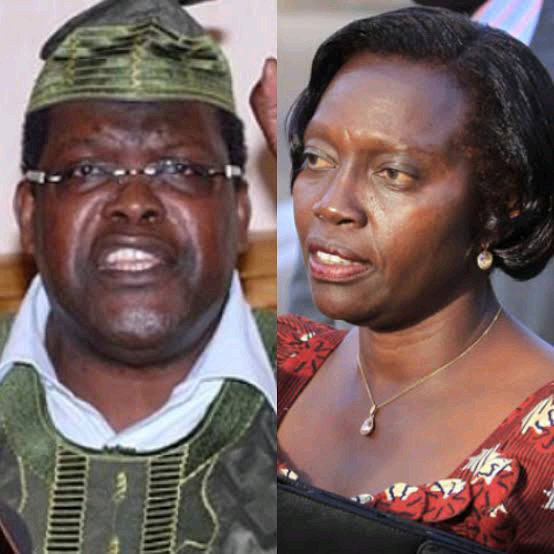 As the country heads into electioneering period Political leaders are busy traversing the country in a bid to woo more supporters to their basket and even popularize their agenda amongst Kenyans.

Before former prime minister, Raila Odinga elected his running mate candidate, Martha Karua and her two factions had never met before. In other words, the two were politically separated. The border between the two, however, was cut short after Martha Karua joined the Azimio la Umoja coalition and was later elected candidate Raila Odinga.

Taking to her Twitter account, Miguna Miguna reminded Kenyans of what Karua had previously sworn. According to Miguna, Karua had sworn to his grandmother's grave stone to fight the BBI.

This, according to Miguna, is in direct conflict with Raila's plan to reinstate the BBI in 100 days. Miguna's main point is to point out the fact that these people has different political plans. Karua is conservative and Raila is a revolutionarist. 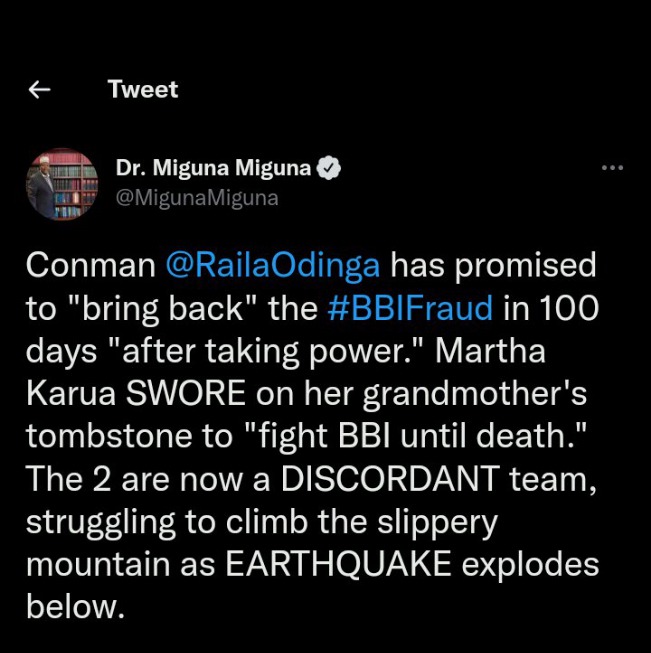