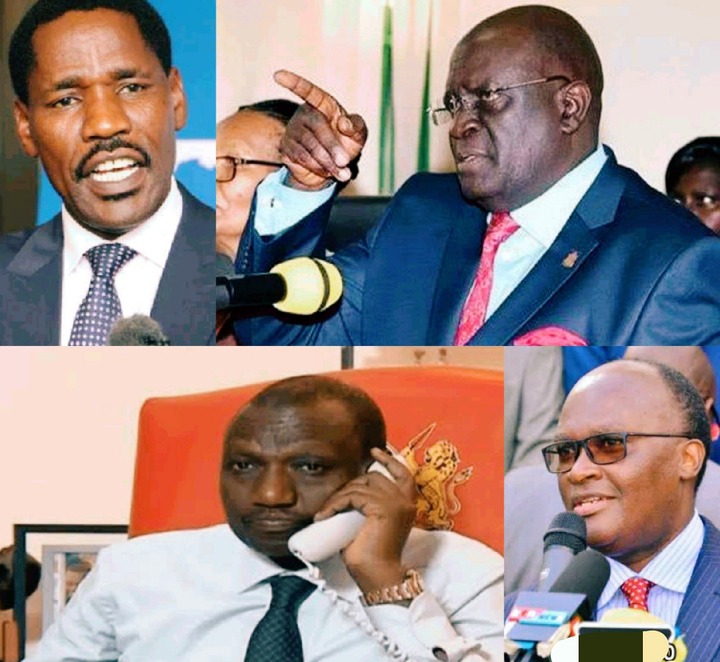 Deputy President William Ruto has summoned five President Uhuru Kenyatta's iron men together with the council of governors to a meeting of IBEC. The IBEC (Inter-governmental Budget and Economic Council) meeting has been scheduled next week. This has however caused jitters as next year's politics continues to heat up. However the DP has summoned 5 of President Kenyatta's Cabinet Secretaries at a moment when their relations is at all-time low. The influence of DP Ruto in the government has also reduced.

Shockingly, the choice of venue raises more questions. This is because the venue has been selected to be Deputy President William Ruto's Karen residence. This is the same place the Deputy President has been hosting his Hustler Nation team which may make it difficult for the Cabinet Secretaries to show up.

The Cabinet Secretaries that the Deputy President William Ruto has summoned include the National Treasury CS Ukur Yatani; Education Cabinet Secretary Professor George Magoha; CS for Transport, Infrastructure, Housing, Urban Development and Public Works James Macharia and Cabinet Secretary of Agriculture Peter Munya. CS of Devolution Charles Keter has also been invited. The invitation was done through a letter from the office of the Deputy President stating that the meeting will be held on Monday, 22nd November 2021. 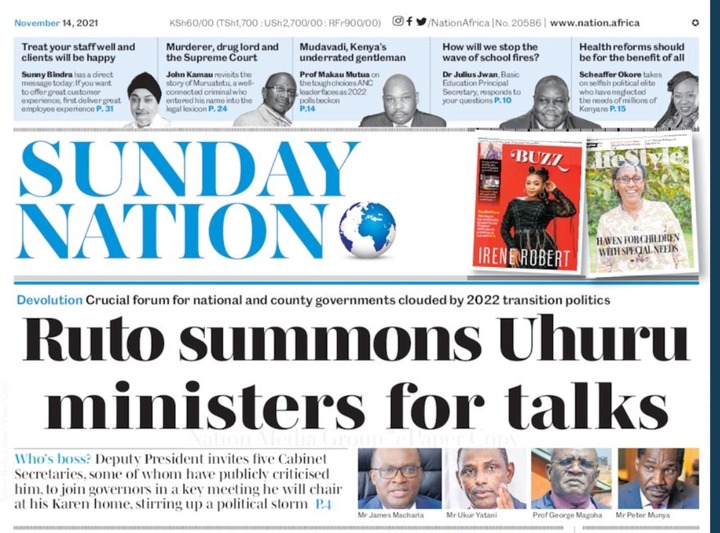