By Summary (self media writer) | 1 year ago

ODM Leader Raila Odinga has come out guns blazing at the ODM leaders who were elected on the party’s ticket but have now shifted their allegiance to the Deputy President William Ruto.

Speaking in Kilifi where he had been invited after the swearing-in of the Dabaso ward MCA who won the by-election on the ODM candidate, Raila said it was time for the MPs to relinquish their seats and seek a fresh mandate. 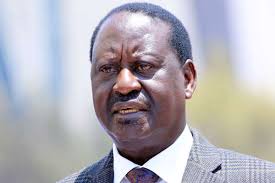 He urged the leader opposed to the Party that took them to parliament to do the honourable thing and resign from office.

"We have taken another opportunity to review the progress of the party. To those rebel members, those who say that they are only technically in the ODM but they are in other parties," said Raila 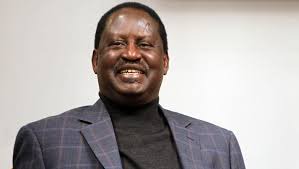 He gave his own example wherein 1997, he was forced to resign from the party that took him to parliament after a disagreement.

He blasted those who have refused to resign saying they practising politics of hypocrisy and undermining the spirit of democracy.

"We say that we need to practice politics of principle that if you have disagreed with the party that sponsored you to the elections, then, the right thing to do is to resign and seem reelection with another party,” said Raila.