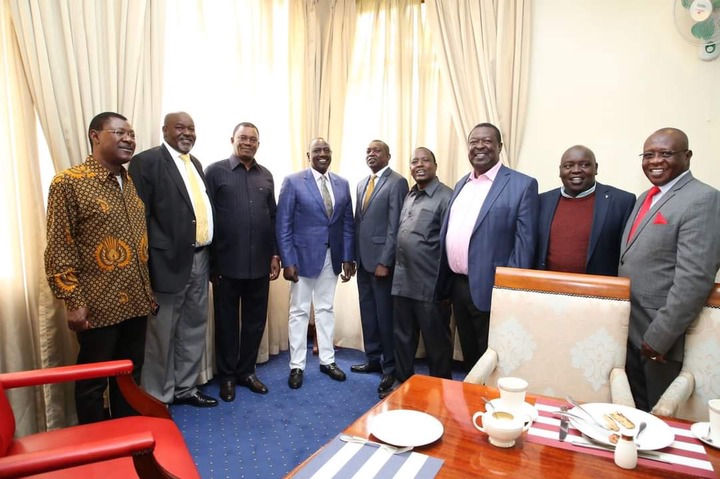 On Monday morning, His Excellency the deputy president William Ruto made the first public appearance ahead of the president elect announcement by the Independent Electoral and Boundaries Commission.

He appeared together with his top allies while taking breakfast at his Karen residence among them Amani National Congress ANC party leader Musalia Mudavadi and National Assembly speaker Justin Muturi. 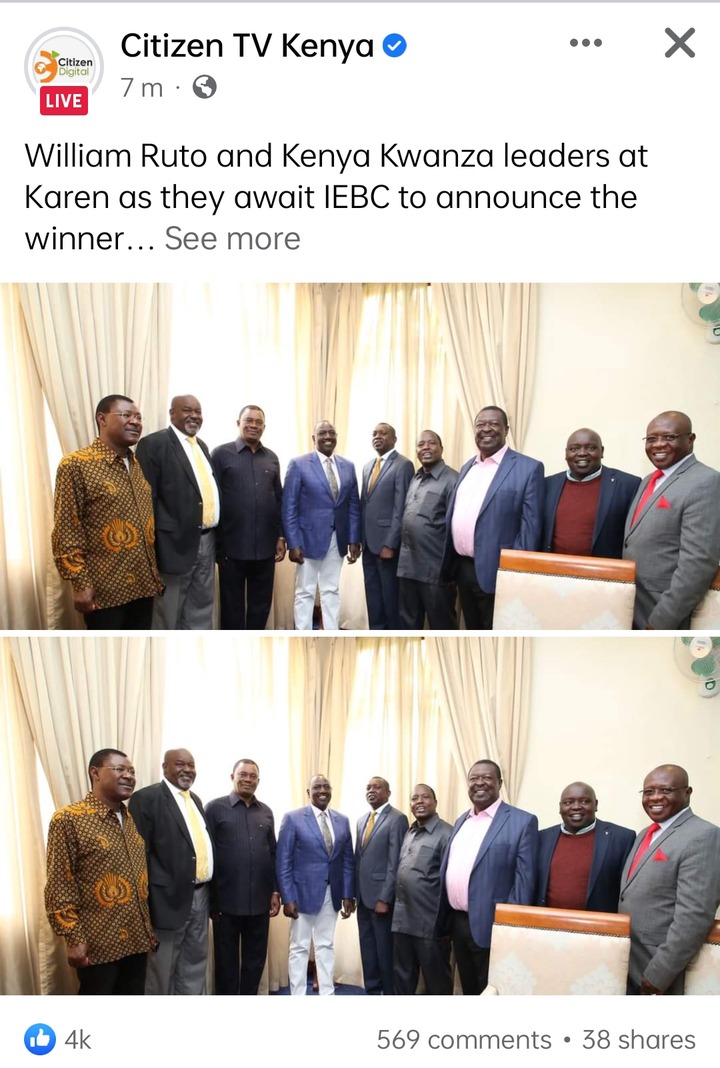 Kenyans will know their new president anytime from now the chairman of the Independent Electoral and Boundaries Commission (IEBC), Mr Wafula Chebukati has tomorrow Tuesday only as the day he should announce the winner of the presidential vote held on August 9, 2022.

Article 138(10) of the constitution of Kenya states that the electoral commission has seven days from the date of the election to announce the winner of the presidential vote.

"Within seven days after the presidential election, the chairman of the Independent Electoral and Border Commission paragraph (a) to announce the election results; and (b) submit a written notice of the results to the Chief Justice and the president in power," the article explains.

The general election was held on August 9, 2022 and many centers were closed before 5:00 p.m. that day while a few closed late because they opened late.

The consolidation and verification of results from all 290 constituencies has been going on at a snail's pace at the Bomas of Kenya, Nairobi as IEBC officials check and evaluate form 34A from more than 46,000 polling stations across the country.

This process has taken a long time with Mr Chebukati asking Kenyans to be patient.

However, according to the constitution, the process must be completed by Monday midnight and the winner announced to avoid the country from a constitutional Crisis.