Mt Kenya Jubilee MP Reveals What They Will Do For Uhuru Kenyatta After August 2022,

By Kutabrian (self meida writer) | 2 months 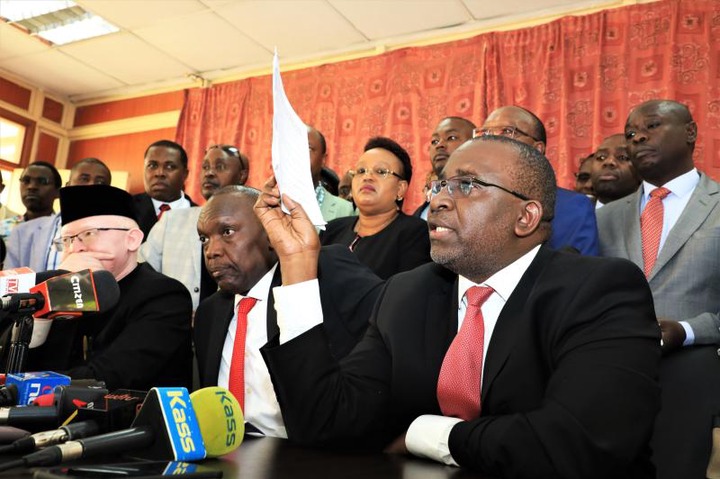 The consititution of Kenya provides the Kenyans with any to elect their representative after every five years, and must happen on the second Tuesday of August. Next year Kenya will her third general election under the 2010 consititution.

All stakeholders are putting their Houses in order, the IEBC has already released the program for the events ahead of the elections. The politician are not exceptional as they are putting their mechanisms at bar.

President Uhuru Kenyatta is almost ending his second term as the head of state,the 2010 consititution prohibits him from running for the third round.

Legislators from the Mt Kenya region, led by kandara MP, Alice Wahome have vowed to protect the president after the 2022 General Election. She said that they have began forming the next government and the president will be taken care of. While in a meeting attended by the deputy president, Alice Wahome said that,"we are not joking. We have already begun the journey of forming the next government and we will take care of president Uhuru Kenyatta who we voted for three times."

The kandara MP added that the president and deputy has done appreciatable job in the region.Therefore their is need to pretext him, she said that,"he is ours but we must plan for his retirement." 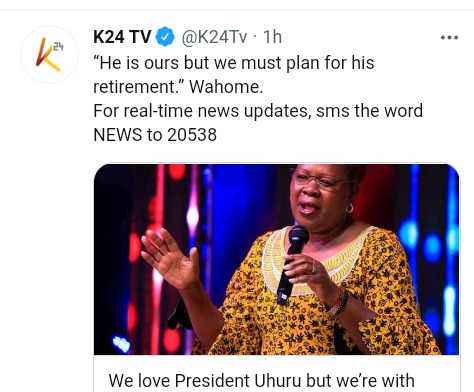