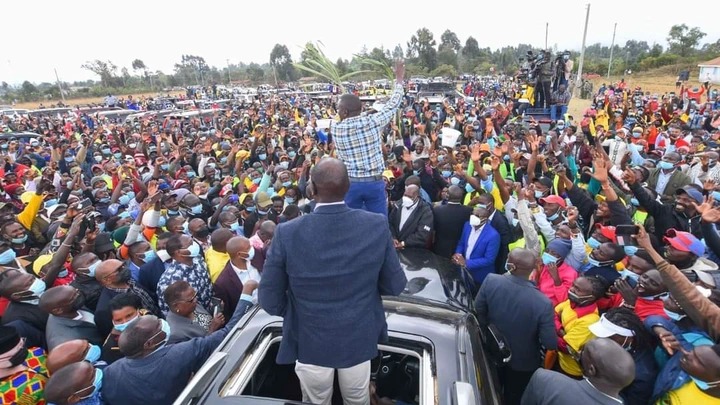 The deputy president took his 2022 presidential campaigns to Full Gospel Church, Kieni constituency. According to the reports it was earlier told that a section of his political rivals had attempted to block him from attending a church function in the region. Residents who were supporting the deputy president came in large numbers to the church grounds and started acting in favor of the UDA members.

DP Ruto who was addressing residents of Makuyu in Murang'a county revealed that he has good plans to the people of Mount Kenya region and he will ensure whatever they had planned with his friend president Uhuru Kenyatta has been fulfilled. 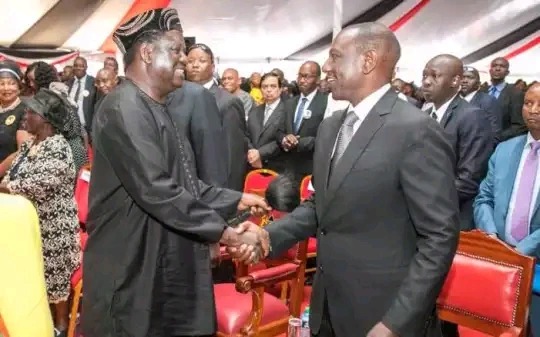 While speaking to residents in Makuyu in  Murang'a county, DP Ruto urged them not to join 'mtu wa kitendawili' who has made Jubilee come to its knees. The crowd could not keep calm when he asked them if they want to learn 'Kitendawili' (riddles) yet they need to look for money.

“That guy of Kitendawili (Raila) has ruined Jubilee party with his riddles. Is there any one of you who wants to learn riddles or look for money as the hustler you are?” he stated in the middle of loud laugh. 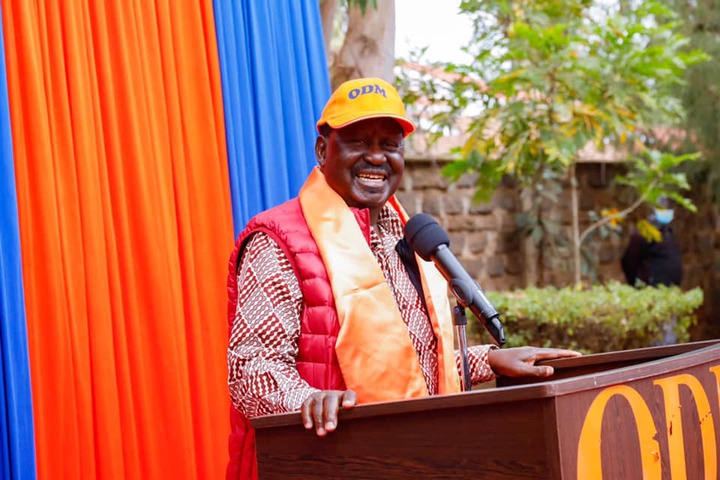 He further noted that Raila Omolo Odinga he has no network of the projects going on in the Kenya. Using the ''mganga'' allegations he stated that Raila he just knows to ruin nothing else so the citizens should no elect him. ''Jameni mtapingia hiyo mganga kura,hana network,'' he posed as quoted from a live video shared by a Facebook user at the scene.

Finally, ﻿he urged residents of Makuyu that he is ready to stand with them by ensuring that a lot of developments take place in the region such as building of the hospital they had planned to build with president Uhuru Kenyatta before the visitor ( Raila) visited them. 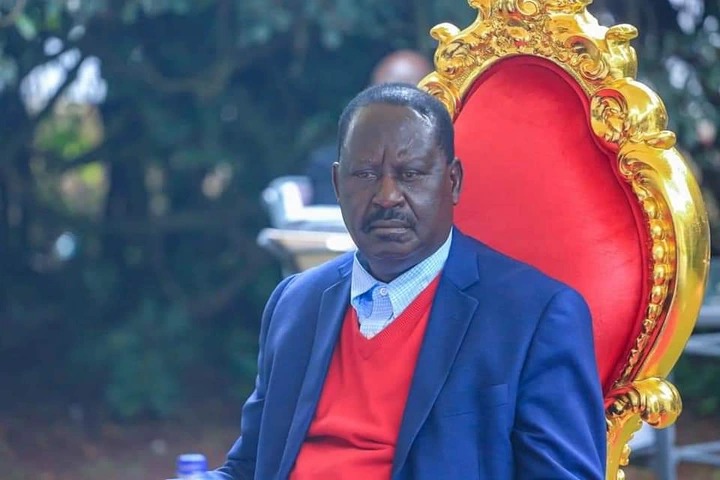