By Nancy Gesare (self media writer) | 2 months ago 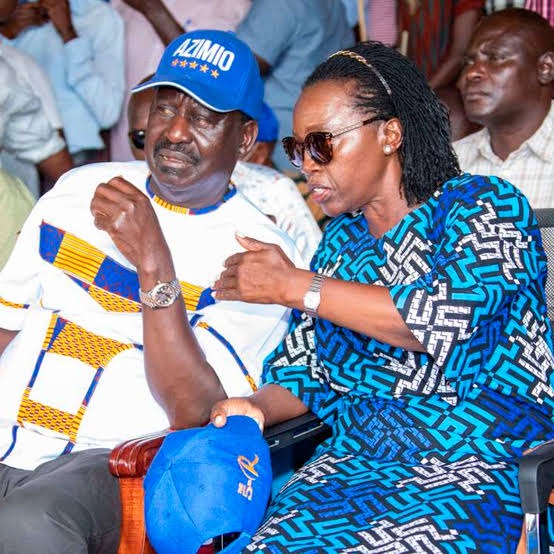 The Nairobi Team lead by Raila Amolo Odinga has reacted to the final judgement of Supreme Court concerning the presidential petition.

The Azimio leader who vied for The presidential seat during the August Elections, but unfortunately lose the seat after the supreme court had announced William Ruto as the winning presidential candidate.

The Azimio Team has reacted to what happened by saying that the judgement by the supreme court lacks merit.Raila and Karua has argued out that the supreme bench acted out as opponent team instead of being neutral to the two parties.

The coalition party accused the Supreme Court for throwing out the petition and arguing out that it lacks concrete evidence to support it. 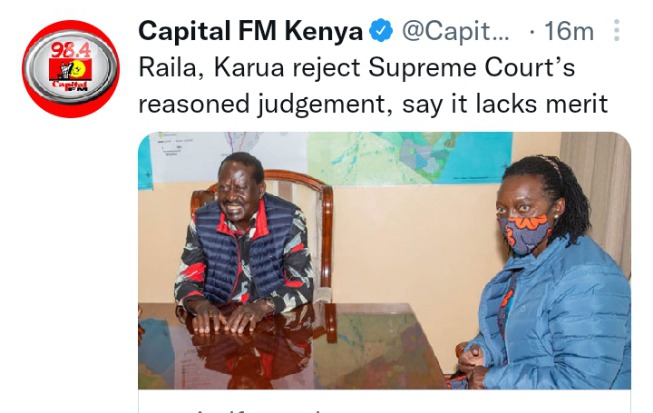 The Azimio Team are wondering how the supreme court claimed that the IEBC was dysfunctional yet they threw away their petition and upholding Ruto's win.

The Azimio party has argued out that the supreme court was unfair in their judgement since they acted out as their opponents.

Content created and supplied by: Nancy Gesare (via Opera News )