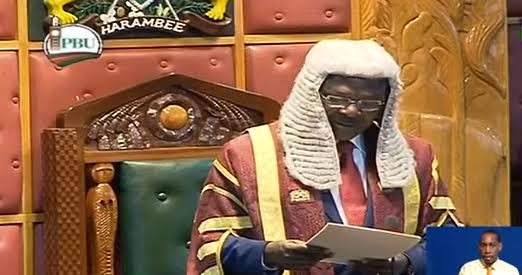 After much of the talking, debating and battle of supremacy in the National Assembly about who is the majority between Raila Odinga's Azimio La Umoja-One Kenya and President William Ruto's Kenya Kwanza, today was the D-Day as Speaker Moses Wetangula made his ruling.

Just as expected by a section of the Azimio members, Wetangula ended up ruling that Kenya Kwanza is the majority coalition party, a coalition that pushed him to be the Speaker, something that caused heated reactions from Azimio members and even forced Wetangula to adjourn the parliamentary sitting.

As we are currently speaking, the latest one to react on Wetangula's ruling was Ledama Olekina who left Kenyans talking with his strong message to his friend Moses Wetangula.

Through his official twitter account, Ledama Olekina told Wetangula that whatever he did today will go back to him one day. According to Olekina, Wetangula was extremely biased and it would have even made sense if he could have ruled that UDA is the majority party. 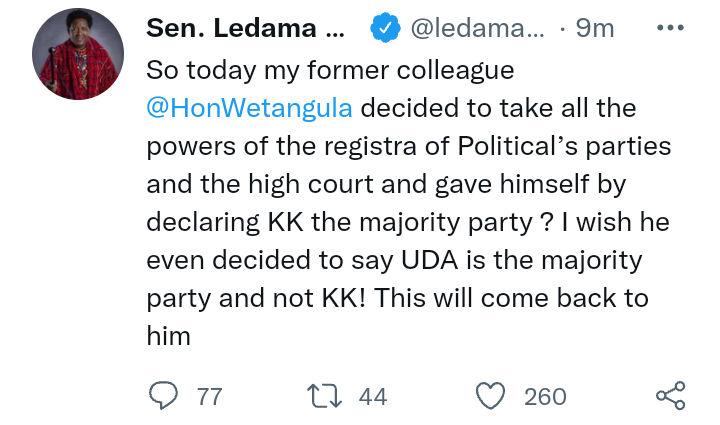 Here is When the Court Will Issue Ruling on Ksh 2.2 Billion Tax Evasion Case Against Mary Mungai