Women Who Might Become Prime Minister In Kenya Come 2022

By Pink~Panther (self meida writer) | 5 days

The political fulcrum looks to be shifting recently to the women's realm, something advocates have long pushed for. 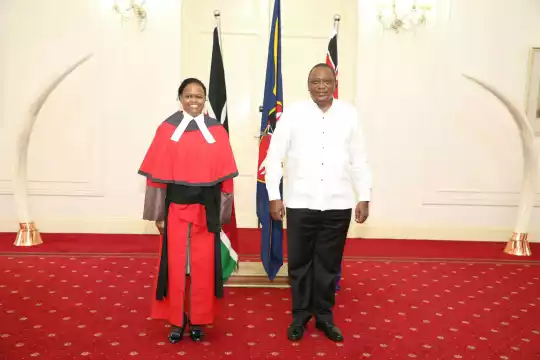 As the election season approaches, the inauguration of Lady Justice Martha Koome as President of the Supreme Court, the first female to oversee the powerful arm of government, will undoubtedly serve as a wake-up call for all politically strong women in Kenya.

Women have fought courageously for their political rights as the country prepares for its third generation of elections under the new constitution, with the former Chief Justice even advising President Uhuru Kenyatta to dissolve parliament for failing to implement the two-thirds gender requirement.

Regardless, as the 2022 elections approach, nature appears to be favoring women, since a big number of them are growing in popularity and have been identified as key political personalities who will assist determine Kenya's future orientation.

If the glamour to amend the Constitution succeeds and the office of prime minister is created as planned, one of these female leaders has a better chance of becoming the first prime minister under the new constitution because to their assertiveness.

Senator Susan Kihika of Nakuru is an example of a woman with political potential to become Prime Minister in the future. Kihika is an outgoing and seemingly ambitious woman who has a good relationship with DP William Ruto, and believe me when I say that if they are successful in forming the next government, Kihika will be considered for the role of Prime Minister.

Martha Karua, the leader of the Narc Kenya party, is the most sought-after politician by Odinga-Ruto as a running mate, but even if this does not work out, she remains a strong contender for the seat, despite her reservations about the constitutional amendment drive.

If their present stellar performance is any indication, sitting Kirinyaga governor Ann Waiguru and Kitui's Charity Ngilu have a lot riding on this. The two have shown unflinching support for the BBI effort, and they might be among its largest benefactors if it is successful.

Content created and supplied by: Pink~Panther (via Opera News )