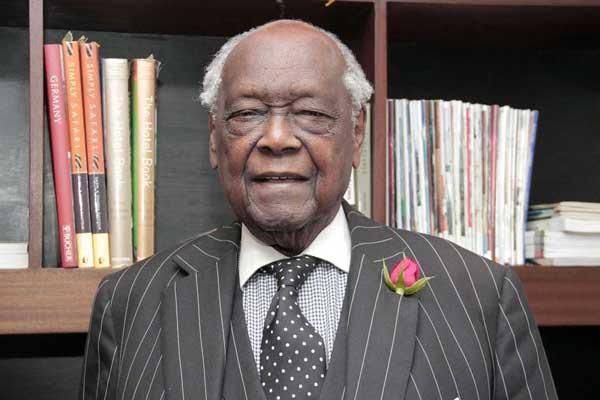 James Karugu, Kenya's second attorney general during independence, passed away two days ago at the age of 86, according to his family.

The previous attorney general had a low profile and a tranquil life. He succeeded Charles Njonjo in April 1980 after being chosen by the then-president Daniel Moi, but he only held the position for 17 months before resigning in 1981.

He had been out of the spotlight since his resignation, but information about how his career in public service ended so suddenly in his forties has come to light.

A local publication claims that Daniel Moi, the previous president, drove James Karugu out of his position rather than forcing him to resign. He was called to the state house, where he encountered Simeon Nyachae, a former permanent secretary in the president's office, and former chief secretary Kiereini.

According to reports, Moi was unable to speak with him and instead demanded that he resign immediately without giving him a reason.

He returned to his office and began to write his letter of resignation, which he asked the media to keep confidential, at least for the duration of his life.

"But since you said you didn't want to talk about it, Mr. President, I must accept both your judgment and your decision. I would have been most thankful if specific allegations if there are any, had been divulged to me and perhaps an opportunity is given to me," reads the letter.

In this manner, James Karugu, a former attorney general, retired at the age of 45. 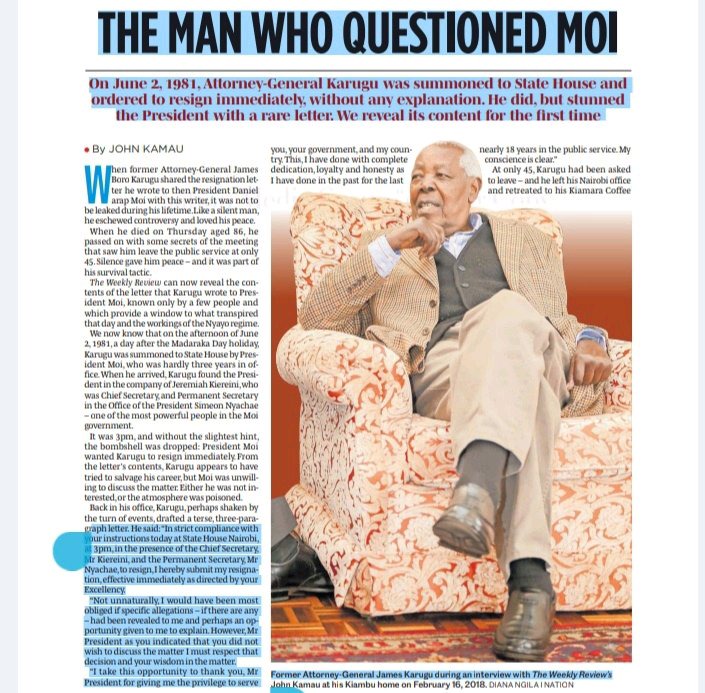