A Kenyan Woman by the name of Faith has called upon the government to help her get back home stating that she is being held by her employer against her will. 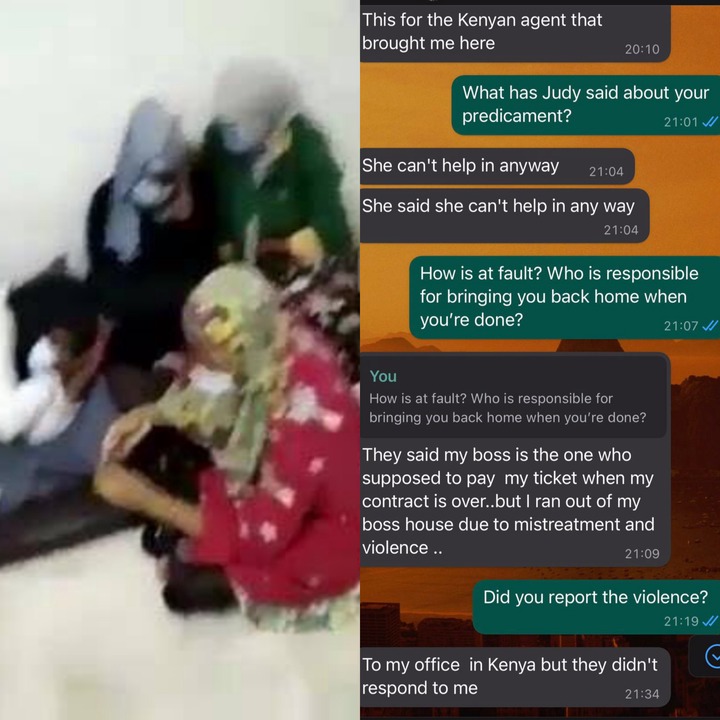 In a news report that has been shared by a reliable source of information, it has been revealed that the woman has claimed that she is being Tortured and for this reason, she called upon the government to consider helping her get back to Kenya

According to the reports given by Faith, she claimed that her boss has taken her passport adding that she is being told to pay Ksh. 100k and at the same time, pay for her flight.

In her own words, the woman has claimed that she has no means of getting back to the country.

While reacting to her plea, kenyans who took to their different social media accounts to express their opinions on the matter have called upon President William Ruto to do something about the increasing number of kenyans who are currently crying for help on the middle East.

According to the reports given by most Kenyans, they claimed that it is so unfortunate that the government is yet to do something about the increasing number kenyans who are currently crying for help despite the fact that some of them often end up dead. 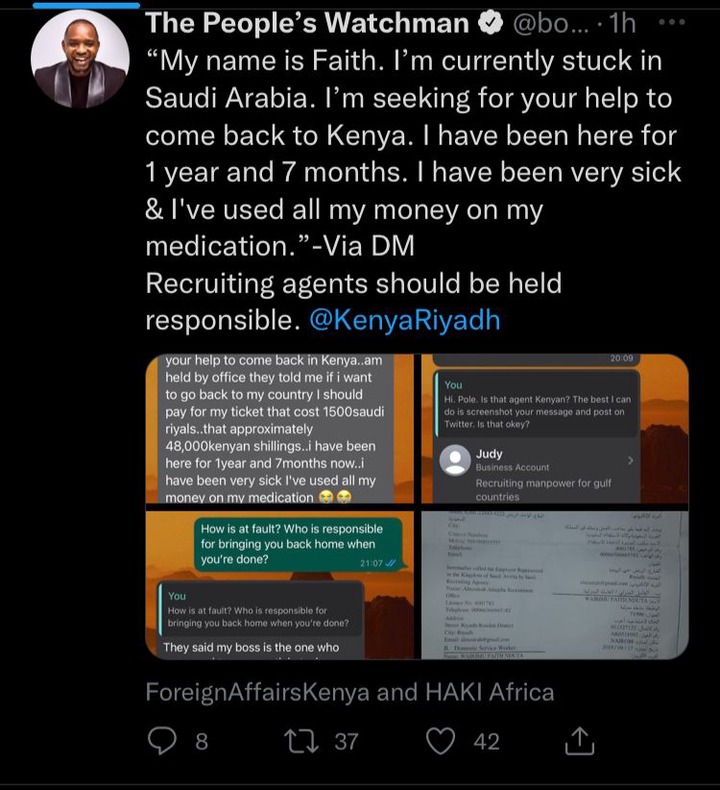 Jubilee to Attend Raila Odinga's Public Rallies Under One Condition