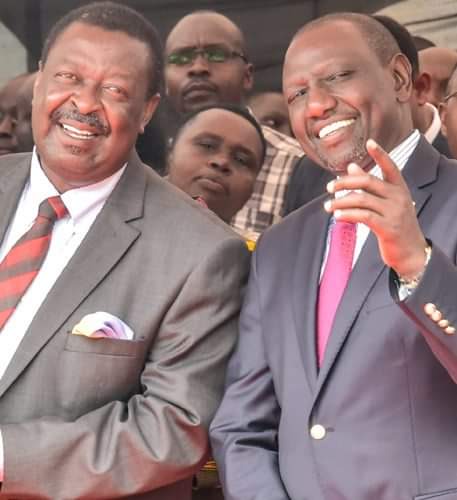 The Kakamega Senator Clephas Malala has come to out to pledge his loyalty to the Amani National Congress Party Leader Musalia Mudavadi citing that he is ready to follow Mudavadi wherever he goes.

Malala was speaking to NTV on Monday night where he said that his boss, Musalia Mudavadi is still strong and busy crafting the way forward ahead of the upcoming general elections in August 2022. Malala said that he is loyal to Mudavadi , hilariously comparing his loyalty to that of the Suna East Member of parliament hon Junet Mohammed towards his party Leader Raila Odinga.

He said that he is now the Junet Mohammed of Musalia Mudavadi and ready to move with Mudavadi. He added that even if Musalia Mudavadi decides to join the Azimio La Umoja or the United Democratic Alliances, then he will follow him without a question.

There has been Speculations that Musalia Mudavadi could be on his way to the Deputy President William Ruto's camp, but Malala has refuted those rumours but hinted they are out looking for friends and Musalia Mudavadi will come out with an earthshaking move. Malala also hinted the end of the One Kenya Alliance if they don't pick Musalia Mudavadi as their flag bearer.

The One Kenya Alliance are yet to announce their Presidential flag bearer with few months remaining to August elections. Several proposal have allegedly been made on who should carry the flag of the alliance.

According to the information released by Principles who had gone for a retreat, they have already received the report by the steering committee and they will now embark on analysing it ,later they make their conclusion.

On the other hand the Orange Democratic Party Leader Raila Odinga is popularizing his presidencial bid in the Mt.Kenya region where he is now enjoying significant support after the introduction of Handshake.

Martha Karua Heckled in Meru During Her Tour In The Region

A loss to the Sauti Sol group