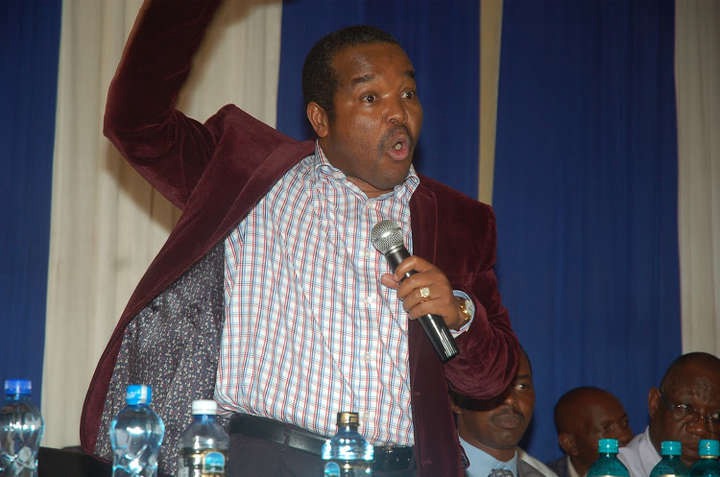 Kitutu Chache North MP Jimmy Angwenyi may be holding the record of serving in Parliament for five terms, but Igembe North's Maoka Maore come to the House much earlier.

When Angwenyi was elected in a 1994 by-election, Maore was already serving as an MP, representing Ntonyiri constituency.

At just 30 years when he was elected on a Democratic Party ticket during the 1992 general election, Maore became one of the youngest MPs at the time.

During the 1997 poll, he was re-elected for a second term.

With Mwai Kibaki's DP entering into a coalition deal with other opposition parties ahead of the 2022 general election, Maore opted to defend his seat on a KANU ticket. He won.

After a major fallout within the ruling Narc government, President Kibaki opted KANU into Government and Maore was appointed as education assistant minister in the run to the 2007 general election.

With corruption allegations rocking President Kibaki's young Government, Maore was one of the whistleblowers for the infamous Anglo- leasing scandal.

Maore lost in his 2007 re-election bid as he failed the fourth straight term. He would go on to spend the next 10 years in the cold.

In 2013, while vying on Raila Odinga's ODM party ticket he tried unsuccessfully to make a comeback.

However, his political star shone again in 2017 when he won the Igembe North MP seat on a Jubilee Party ticket.

As one of the most experienced MPs in the country, Maore is a close ally of President Uhuru Kenyatta.

He is an influential member of Uhuru's inner circle where he commands too much respect by virtue of his political experience.

In June, the veteran MP was named as the National Security deputy Majority Whip, replacing his nominated colleague, Cecily Mbarire who had been fired because of his close links with Deputy President William Ruto.

Going to the next poll, it appears that the re-born Maore is going to have an easy time defending his seat.

Super Tuesday Top-Notch Crafted GG And Over 2.5 Predictions To Win You Smart Cash