By MTnews (self media writer) | 2 months ago 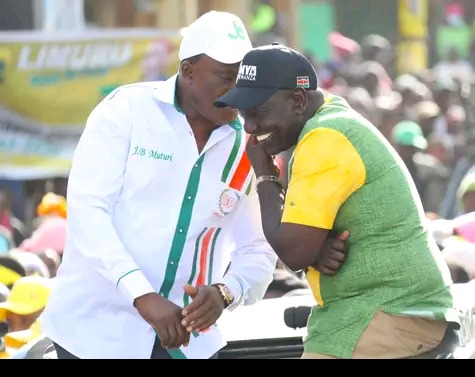 Jasper Muthomi alias MC Jessy, a comedian, has stated that he is still running for the South Imenti Member of Parliamentary seat.

He denied that he had withdrawn from the race, as stated by UDA party head William Ruto earlier.

Muthomi told Citizen TV's mid-morning show that DP Ruto and other party leaders were planning a meeting to discuss who would fly the UDA flag, but he had no idea he would be asked to put his MP ambitions on hold.

"I met them, but we couldn't come to an agreement on stepping down," he explained.

"I spoke with the DP, and he requested me to drop my MP run, but I later phoned him and told him that the Imenti people did not support me," she said.

Last Monday, the Deputy President announced that he had spoken with an MP aspirant who had decided to drop his bid for the seat in exchange for Kathaara's support.

MC Jessy has now warned new politicians not to put their faith in everyone, while also expressing sorrow for attending the meeting.

Content created and supplied by: MTnews (via Opera News )