By TheReporterr (self media writer) | 9 days ago 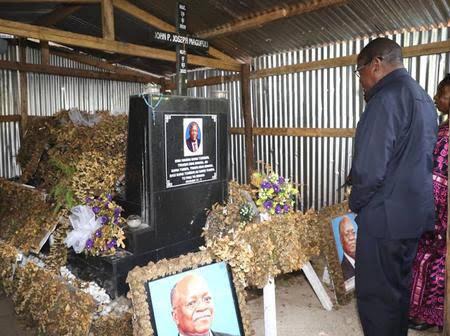 The late president John Magufuli died several months ago after his death was confirmed by her then deputy president, Samia Hassan.

In a news report that caught the attention of Alot of African countries, President John Pombe Magufuli is reported to have passed away to an unknown illness while he was receiving medical treatment in one of the hospitals where he had been admitted in.

His untimely death sparked Alot of mixed reactions from a number of Tanzanians who expressed their concerns demanding to know what took his life due to the fact that most of them didn't know about his alleged illness until his time of death.

A few weeks later, President Samia was sworn in as the new president of the republic of Tanzania. In the latest news after the president's death, it has been revealed that honorable Samia went to the late John Pombe Magufulis grave to pay her respects.

According to the reports given by several Tanzanian media houses, it has been revealed that President Samia passed by while heading on another meeting.

While reacting to this incident, Tanzanians who took to their different social media accounts to express their opinions and suggestions on the matter have congratulated president Samia Suluhu for paying his respect to her former boss despite the fact that she is the president with Alot of duties.

However, others went ahead and called her out accusing her of visiting her mentor who they claimed taught her wrongly in terms of governing Tanzania. In the past few days, President Samia Suluhu has been receiving Alot of criticism from the opposition who have accused her of being like the late president Magufuli. 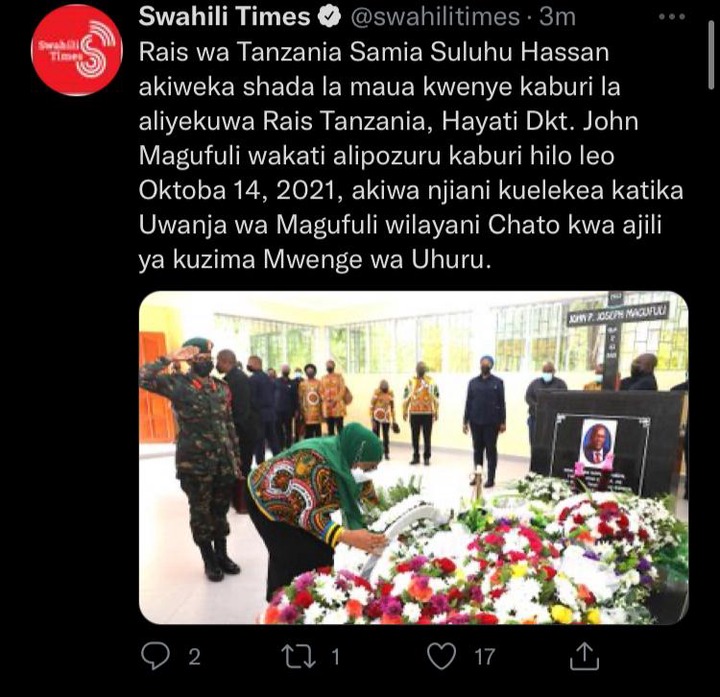 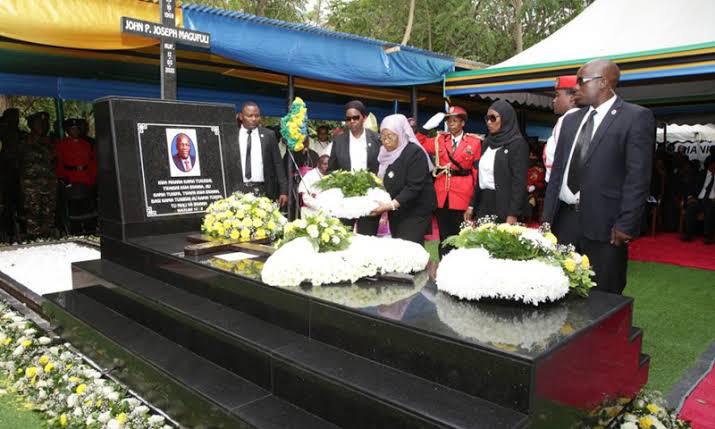 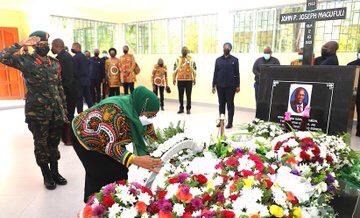