By Explanation (self media writer) | 9 months ago Most of the Saturday Dailies focuses on the ODM Party leader Raila Odinga's politics.  As the country continues to battle the Covid-19, some of the Dailies cover stories on how how Kenyans celebrated the "Good Friday" amid Covid-19 situation in the country.

Here are the stories making headlines in your favorite newspapers.

The Saturday Standard main focus is on a shocking revelation on Raila Odinga's 2022 run. According to the Standard, there was confusion over whether or not the ODM leader will be gunning for the presidency in the next elections after its secretary general announced that the former Prime Minister did not apply for its ticket and that an earlier announcement was an April Fool's Day prank. Will Raila forego a fifth stab at the presidency, or who is fooling who?

Another hot story on the Saturday Standard is about the irregularities in the ongoing national examinations. The Daily has revealed the Dirty tricks KCSE exam cheats are using. According to the report, cartels are roping in security personnel, center managers and invigilators in the early hours of the morning to beat the system and illegally gain access to test papers before the actual exam starting hour. This enables the cheats guide their students on what they expect in the exam papers. The major focus in this Daily is also on Raila Odinga's 2022 politics as well as about the April 1st remarks which have been refuted by the ODM party. The Saturday copy of the Nation Newspaper questions, 'Who is fooling whom?' This question points at the ODM leader Raila Odinga stating that, Odinga has made a hasty retreat and that he has disowned an application to become the party's presidential torchbearer in 2022. According to the Saturday Nation, Odinga's spokesman says the information about the application for the slot was the work of "overzealous staff" in the party. The Party now reveals that the initial announcement was a Fool's Day prank made on a light note. 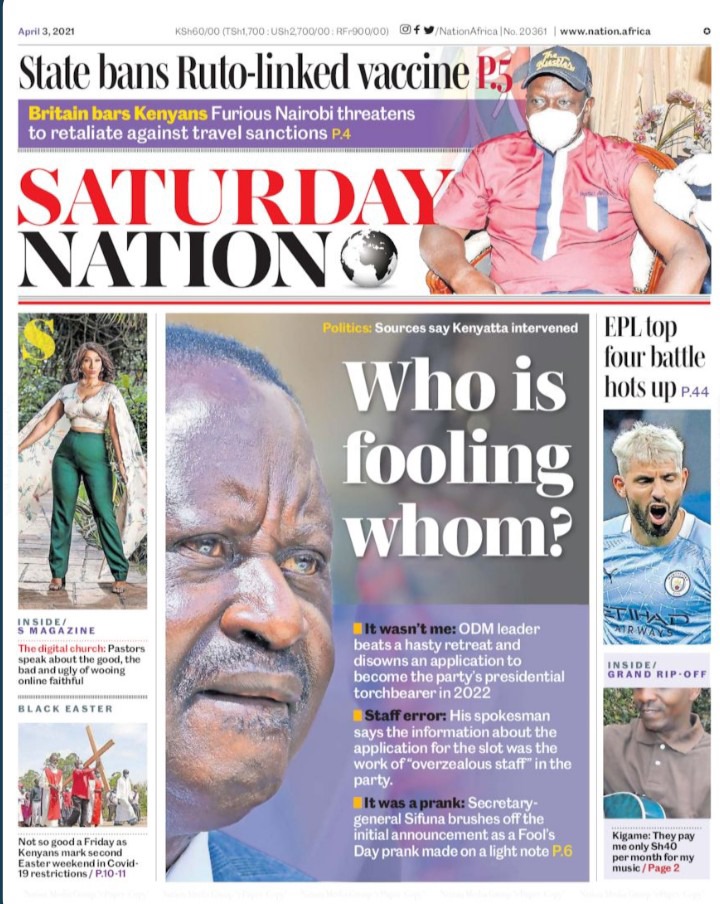 Pressure by President Uhuru Kenyatta on Raila Odinga over the BBI has left the former opposition leader and his ODM party in a state of confusion over whether he will run for the presidency in 2022. It has been disclosed that during a communication session on Wednesday night, President Kenyatta and Raila Odinga agreed that they will not focus on the 2022 politics before the Building Bridges Initiative constitutional amendment bill passes. That is why ODM changed its original statement. 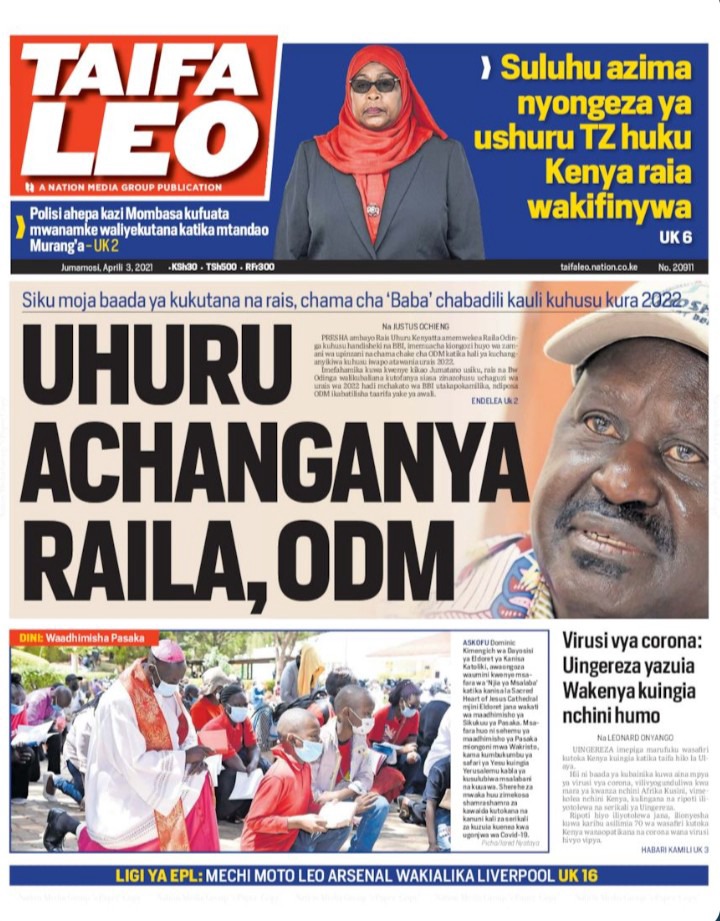 Beautiful Photos From GSU Passout As Ngirici, Matiang'i And Kaparo Pose With Their New Graduands

The Most Marketable Courses In Kenya In 2022