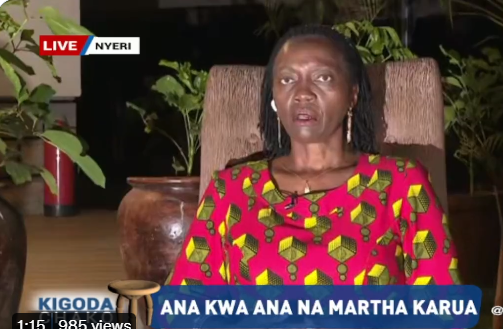 In an interview with the station on Monday evening, Karua, who was live from Chaka Ranch in Nyeri, was asked whether she was an obstacle in OKA restricting her colleagues from joining Azimio.

However, the seemingly agitated Martha fumed at the interviewer, saying she will not answer the question. She said she will only answer when the person who accused her comes out in the open to claim such.

"I will not answer you unless the person who accused me of such comes out in the open. Hiyo yako ni uvumi na siwezi jibu uvumi" stated Karua. 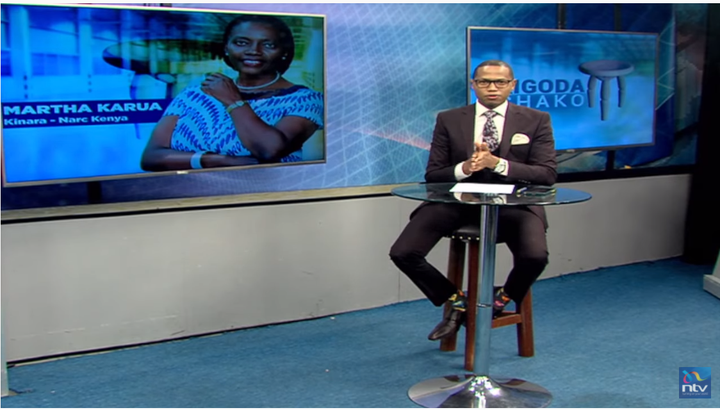 As if that was not enough, Karua also refused to answer a question she was asked on whether she will be running for the presidency or Kirinyaga county gubernatorial race.

She told off Swaleh saying she will not answer the same questions over and over since she had set records straight in the past.

"You are asking me questions you have asked me in the past and I answered you. Nishajisemea kwenye niko, umeniona nikiwa Kirinyaga, sasa maswala ya urais inaingilia wapi?" posed Karua

She said that the media has been misleading people making it look like coalition formations has come to an end and that those who are not yet in any coalition have been locked out.

She also refuted claims that she wanted to be elected OKA presidential candidate, saying that was the creation of media and not any of the former OKA principals.

Miguna Reveals When he Will Return Back to Kenya

Miguna Is Ready To Come Back To Kenya.

DP Ruto Exposes Details of Morning Phone Call With Raila, Reveals What he Told him on Handshake Call