By KrimeExpert (self media writer) | 17 days ago

Renowned political analyst, Mutahi Ngunyi has finally reacted to the claims made by the husband of a renowned member of parliament who accused the deputy president of trespassing after he met his wife without consulting him. 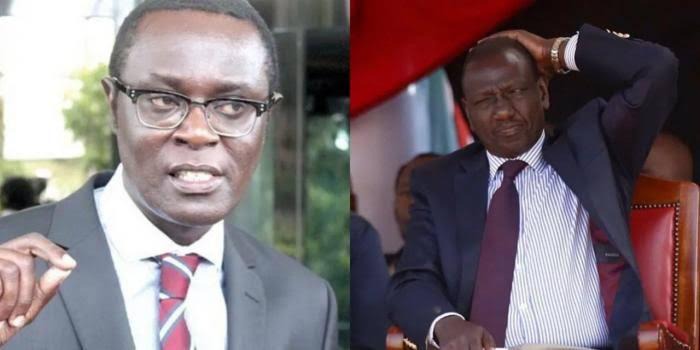 In an incident that happened yesterday, honorable Peris Tobiko revealed that she had officially left Jubilee for the United Democratic Alliance Movement claiming that she was going to use UDA while seeking another political term in the next year's general elections.

However, according to the reports given husband of the member of parliament, he accused the deputy president of Kenya, honorable William Ruto of allegedly making a visit without asking him for permission despite the fact that he was the man of the house.

"I'm so surprised that the deputy president of Kenya, honorable William Ruto came to my place without consulting me. I don't understand what happened or how this came to be because as far as I'm concerned, i was never told about this. I demand respect because i don't think anyone would allow this kind of thing to happen", he Said. 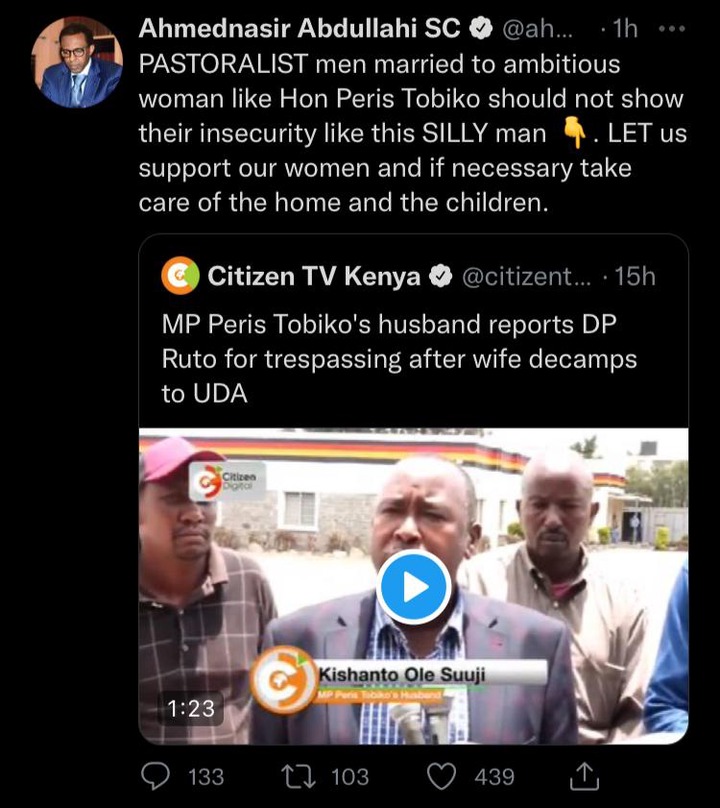 While reacting to the man's claims, renowned Lawyer who worked for president Uhuru Kenyatta, Mr Ahmednassir Abdullahi accused the Mp's husband of being a cry baby adding that he was a silly man for not supporting his wife.

According to the reports given by the renowned Lawyer, he said that it was so unfortunate that the man had married an ambitious woman without wanting to support him.

At the same time, renowned political analyst has said that this was a wrong move made by the deputy president asking what the lawyer would have done or rather, what his reaction would be if if presidential candidate, honorable Gideon Moi was to be invited in his Karen him by hi a wife. 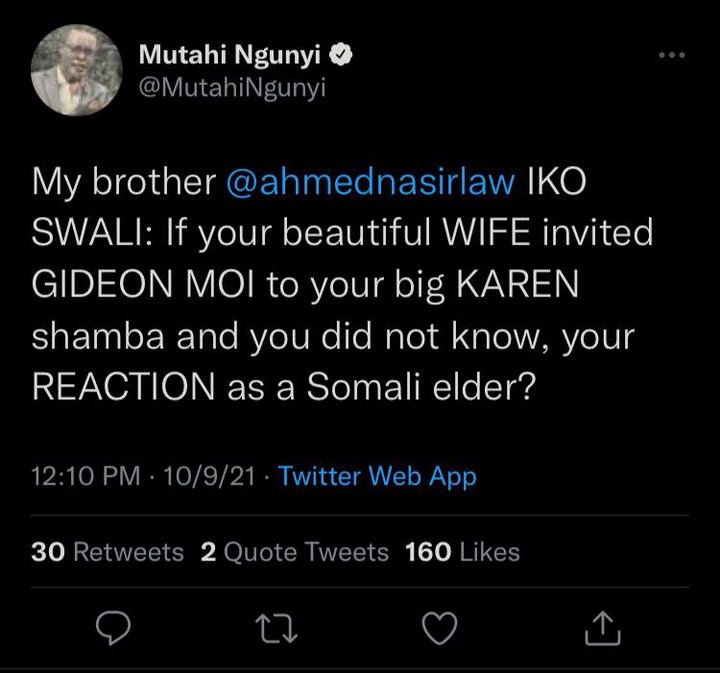