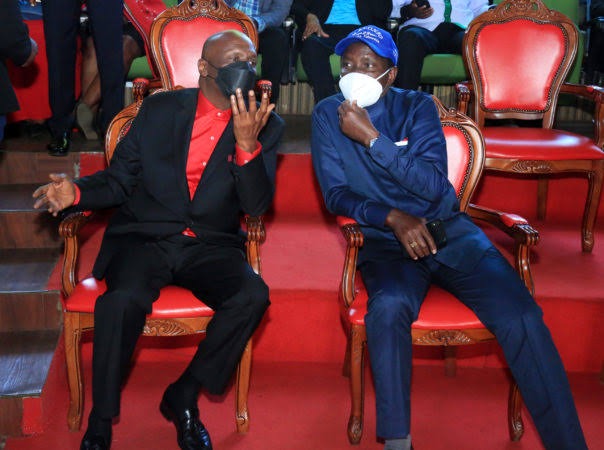 The Wiper party leader and KANU party leader Gideon Moi have suffered another humiliating blow only 76 days to the August 9th polls. The two top most leaders have been omitted in Raila's campaign lineup despite their team's making it clear Wiper and KANU are all in the Azimio coalition.

Raila Odinga has left Kalonzo Musyoka and Gideon Moi from his campaign schedule despite them being extremely desperate in efforts to join Azimio campaigns. It's however not yet clear of Kalonzo's true position as well Gideon Moi has been giving conflicting information.

Whether Kalonzo will make up his mind to completely neglect Azimio given his continued sidelining, it's all but a matter of wait and see. The fact of the matter is that Kalonzo has faced resistance from his own party against seeking for the seat of presidency, urging him to return back to Azimio coalition.