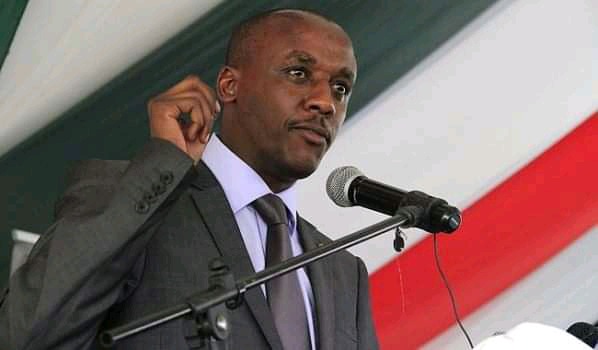 Makueni senator Mutula Kilonzo Junior, while opening up on his pre-election concerns ahead of this year's general elections in an exclusive interview with a local media outlet, expressed his disappointment with the government especially the cabinet secretaries who have already taken sides in regard to the presidential aspirants.

The Wiper Democratic Movement party legislature warned that it is dangerous for the cabinet secretaries to openly reveal the candidates they are supporting.

He further cautioned that it is also dangerous for the current government to openly show that it supports a certain candidate and dislikes the other.

Junior, while warning President Uhuru Kenyatta's government against participating in the forthcoming general elections argued that it was the same mistake that led to the post election violence in 2007.

He claimed that the then Justice minister Martha Karua, attempted to take control of the elections by increasing the number of commissioners into the electoral body who would allegedly manipulate the outcome of the elections.

He claimed that it was this move that led to protests countrywide that led to the destruction of properties and loss of lives.

"As Justice minister, she appointed Kihara Mutu and 18 others to the commission. Did people accept the results eventually? No, because it looked cooked. If it appears that one candidate has lost because the other is backed by the state, you have many disgruntled Kenyans." He stated.

"state operatives, including Cabinet secretaries, are making a very big mistake. They are supposed to remain neutral because of perceptions." He added. 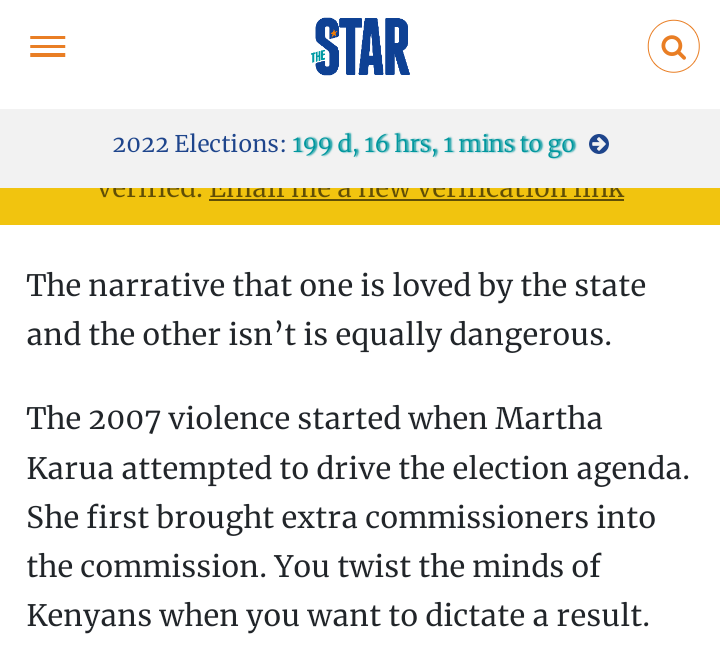 This comes even as Cabinet secretaries have continued taking sides ahead of the elections, so far ODM chief Raila Odinga has got the backing of Interior and coordination of national government cabinet secretary Fred Matian'gi, Defense CS Eugene Wamalwa, Water CS Kariuki, Agriculture's Munya, Tuju, Munyes, Yatani, among others who are yet to come out vocally.

Ruto has so far won the backing of Devolution CS Charles Keter, and Labour's Chelulgui.