By Wilson_Nganga (self media writer) | 1 month ago

Member of Parliament for Ndaragwa Constituency, and a close ally of President Uhuru Kenyatta, Hon Jeremiah Kioni, has now delivered critical information about the Laikipia Killings.

This is after ethnic clashes errupted in the region, for what has been blamed as land issues. Following the clashes, a huge number of people have lost their homes and another group losing their lives due to bad war.

Jeremia Kioni, who was speaking on Inooro TVs Kiririmbi show on sunday night, delivered that he had met with the Cabinet Secretary for Interior, Dr Fred Matiangi, who had revealed the following details as to who is funding the war. 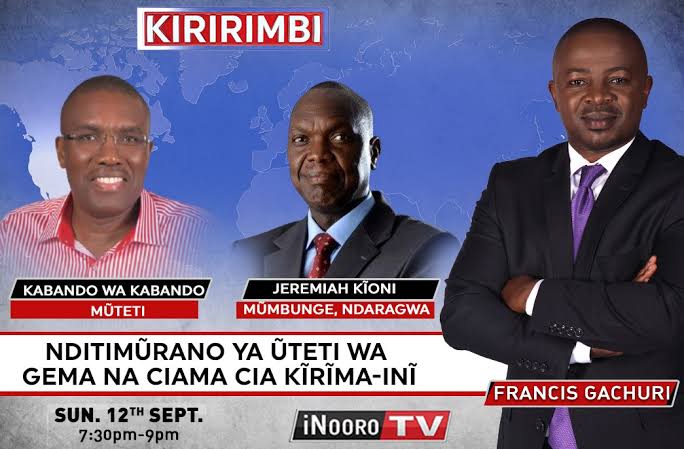 According to him, it has now been established that the weapons, Bullets, used by the criminals were sourced from Eldoret and some were acquired from Uganda. This, Kioni revealed that was realised after a sample of the bullets used by the bandits 2ere investigated.

Kabando wa Kabando, who was alongside Kioni during this interview,, and who is an ally of the Deputy President William Ruto, highly lamented the realisation by Kioni, saying that if the government Knows who and where the weapons are coming from, the person must be jailed immediately as he or she is not really supposed to be interacting with kenyans freely.