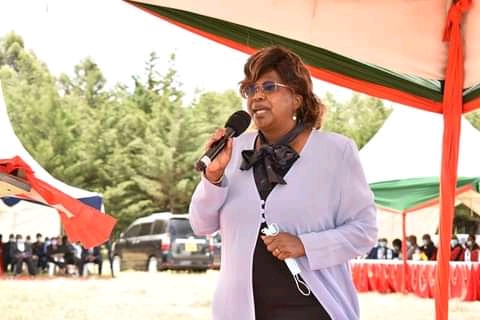 She came. Conquered. Disappeared. Then bounced back after years in the cold.

Naivasha MP Jayne Kihara is one of the most successful female politicians in Kenya today. Though she has had her ups and downs, she still remains relevant in the country's political terrain.

Today, she holds the record for being the longest serving female MP the Rift Valley region, the heartland of Kenyan politics.

Though she has been in and out of Parliament, she has however managed to remain in the game for nearly two decades.

Following the death of her husband Paul Kihara who was the then Naivasha MP in 2003, his widow was the unlikely choice of a successor.

But while riding on a Narc party wave that had just swept across the country in 2002, Kihara was elected to succeed in her late husband.

In the President Mwai Kibaki Government, she was appointed as assistant minister.

In 2007, she lost her seat to John Muthuto who contested the seat on a PNU party ticket.

Keen to make a comeback in 2013, Kihara unsuccessfully ran for the Nakuru Senator position but lost to Paul Mungai of TNA.

In 2017, she finally managed to make a comeback when she was elected as Naivasha MP on a Jubilee Party ticket.

As a veteran in the game, Kihara can as well be considered as the "iron lady" of Rift Valley politics.

Going to the next general election, it is very likely that she will extend her stay in Parliament beyond 2022.

Opinion: Why Mount Kenya Might Be In Opposition Come 2022