Once A Member Of YK'92: Political Timeline Of President Elect William Samoei Ruto

By Al-Jazerra (self media writer) | 1 month ago 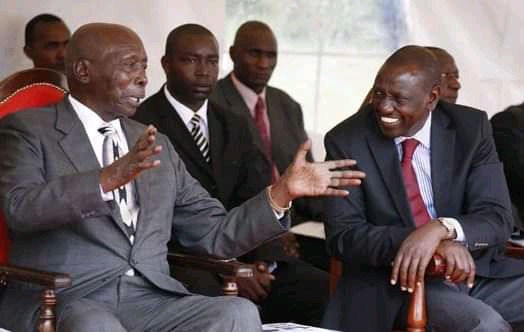 The results announced however was rejected by his closet rivalry and veteran presidential candidate Right Honorable Raila Amollo Odinga who termed it as null and void. His running mate Senior Counsel Martha Karua during their press conference at KICC on Tuesday August 16 stated that they will exhaust all legal means to reclaim their lost victory.

Here is the political life of Dr. William Ruto:

1992: He was the treasurer of YK'92, the campaigning group for the late president Daniel Toroitich Arap Moi

1997: He contested for parliamentary seat in Eldoret North which beat the incumbent Reuben Chesire to claim victory.

2002: He was appointed by the late president Moi as KANU Director of Elections. He was later appointed as Minister for Home Affairs. After KANU lost elections, Ruto retained his parliamentary seat.

2005: He was elected as KANU Secretary General alongside Uhuru Kenyatta as the Chairman. KANU with other parties opposed the proposed referendum which they emerged victorious. The 'No' symbol was Orange and this led to formation of Orange Democratic Movement (ODM).

2008: He was elected as Eldoret North MP till 2013 and also appointed as Minister for Agriculture till 2010 where he was transferred to Minister for Higher Education.

2013: Formed Jubilee Alliance with Uhuru Kenyatta where they emerged victorious in general election conducted that year. He served as the Deputy President.

2014: Served as acting President between 5th to 8th of October 2014 where Uhuru Kenyatta appeared before ICC.

2017: He was re-elected as Deputy President with Uhuru Kenyatta as the president till 2022.

2022: He formed United Democratic Alliance (UDA) alongside his former Jubilee members. He contested for presidency where he won with 50.45% beating his close rivalry Raila Odinga. He was declared President-elect alongside Rigathi Gachagua as Deputy President-elect.

Content created and supplied by: Al-Jazerra (via Opera News )

Breaking: Dp Rigathi Gachagua Announces The 70% Work High Commissioners and Ambassadors Will Do

Insider in Ruto's UDA Party Reveals Name of Politician he Cherishes The Most, Treats Him Like Son

We Are Waiting For Them In Parliament, Opiya Wandanyi Warns Ruto Over His Cabinet Nominees