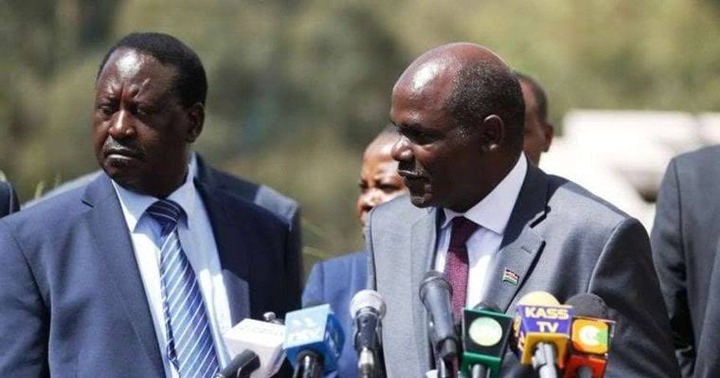 Through Taifa Lay publication, the ODM leader now demands the IEBC boss Mr Chebukati to apologies to Kenyans following alleged election irregularities experienced in previous 2017 as the body prepares for next election. 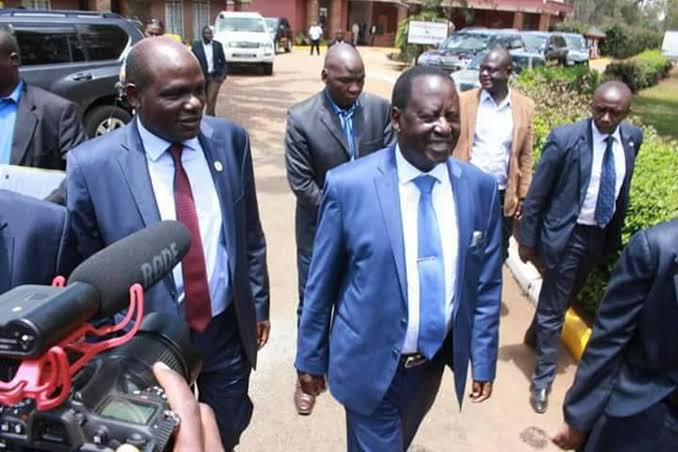 Following Raila's demand, Soy MP Hon. Caleb Kositany hits back by accusing Raila for double stands. According to him, ever since the 2018 handshake, Raila has been serving in jubilee government as Kenyatta sidelines Deputy President William Ruto. 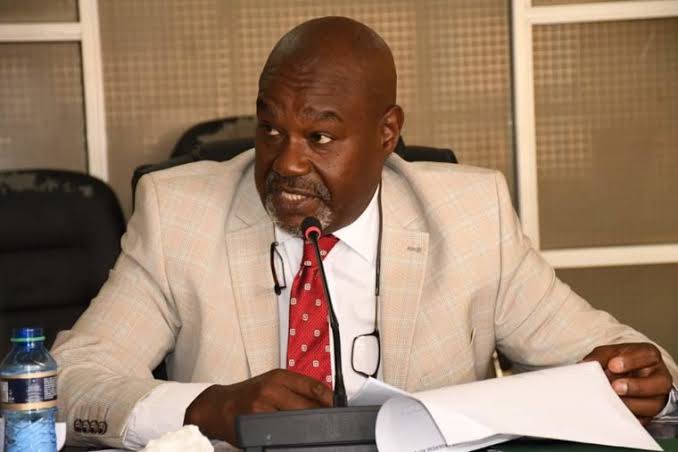 "So Raila, believes President Uhuru who whom he co runs government since the handshake, stole elections in 2017? I know Jubilee won fair and square, unless Uhuru think otherwise." The Soy MP Kositany responded. 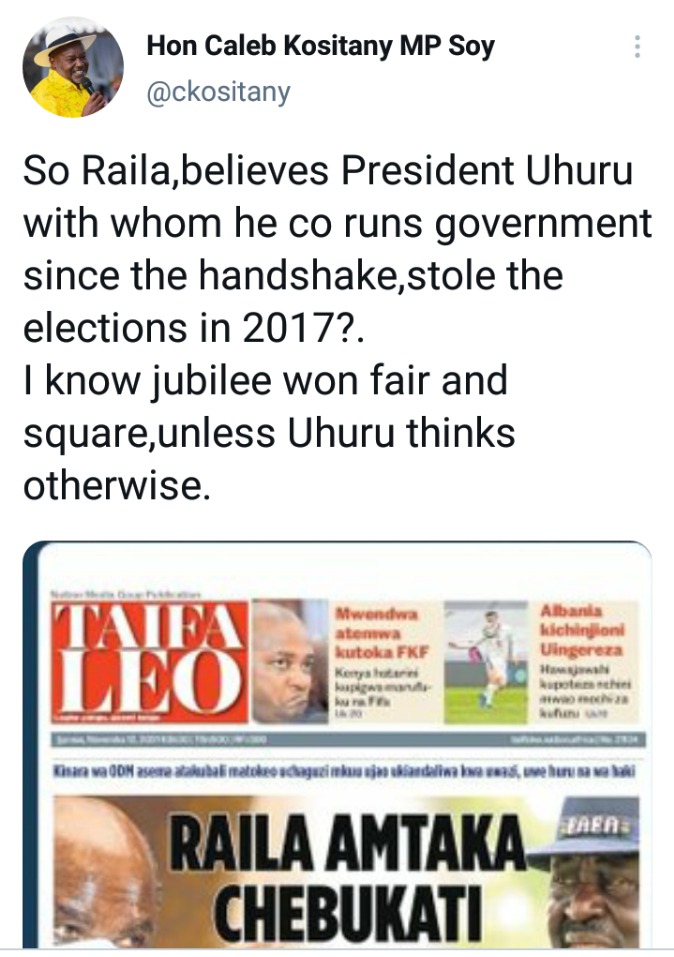 The hit and run talks have cited Kenyans to mixed political reaction as debate on 2017 elections stole the show. Reaction as attached. 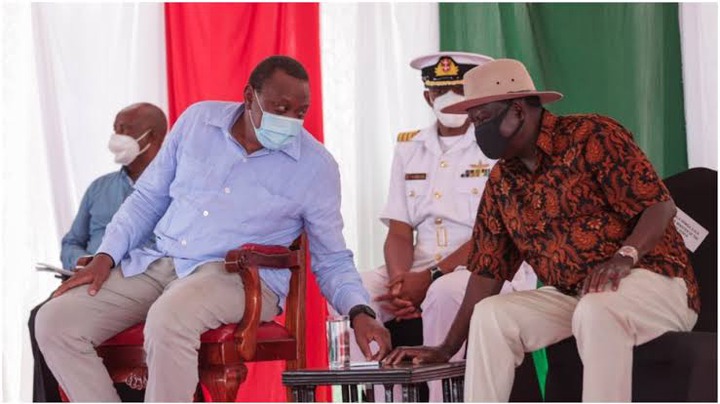 "Ngala: What is wrong with that, 2017 election was declared null and void after ODM successfully petition against Jubilee at the high Supreme Court. Are you a visitors in this country? Msema Kweli ni Mpenzi wa Mungu.

Nick: If Raila co runs government with Uhuru , what is DP Ruto doing at Karen residence and is he summon CS there. 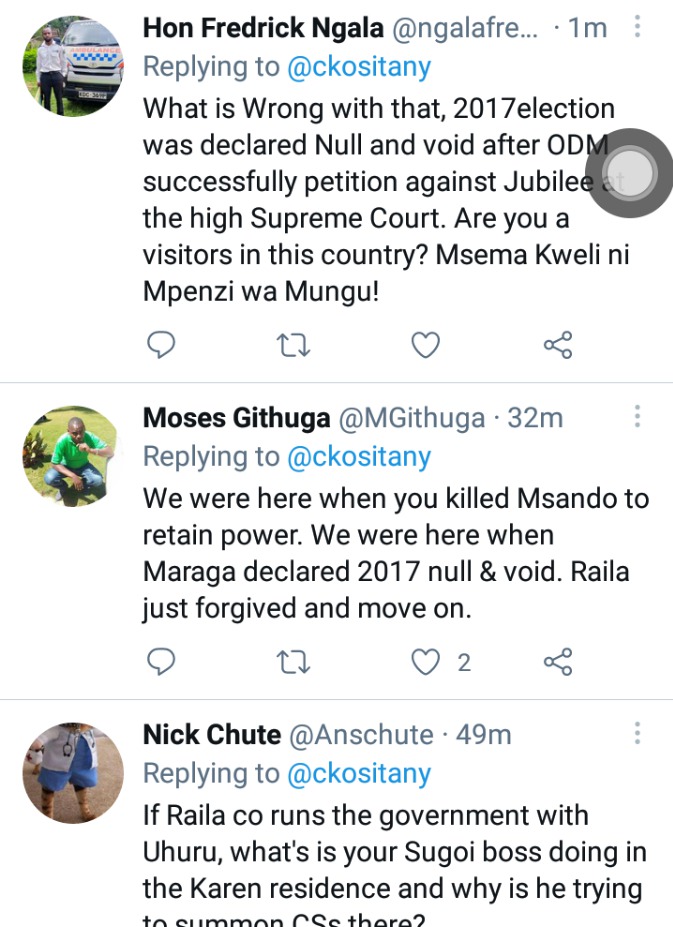 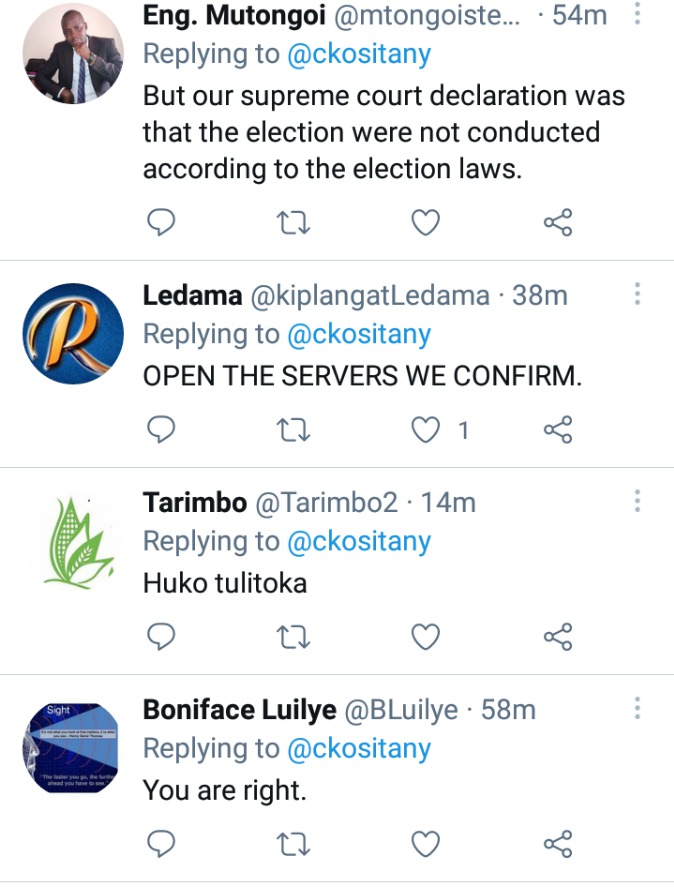 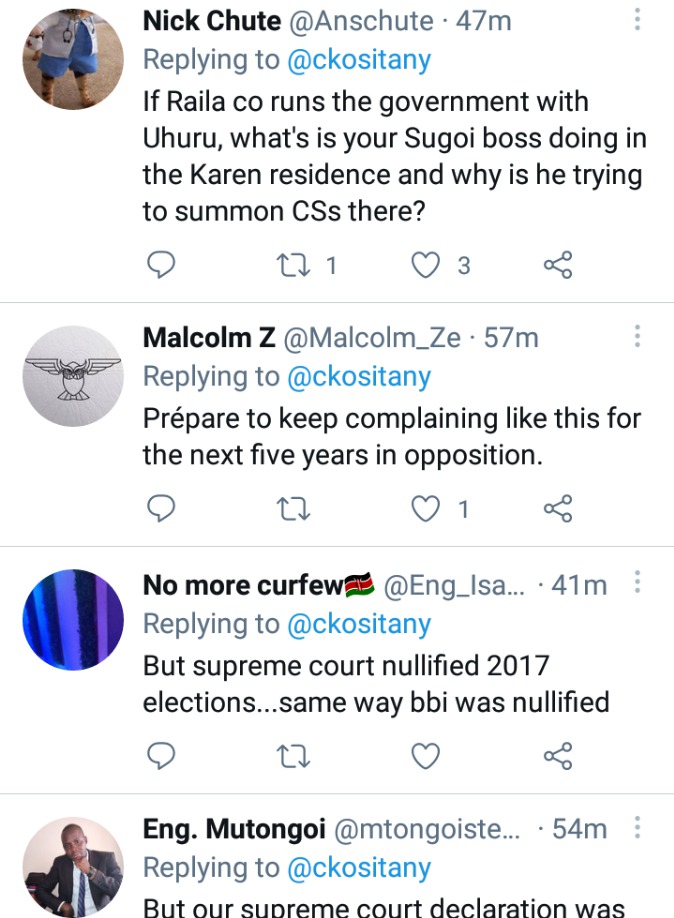