By wasalie (self meida writer) | 23 days

The outspoken Orange Democratic Movement (ODM) secretary general Edwin Sifuna has not given up on his fight against Fred Matiangi.

Sifuna who started an online campaign yesterday against the interior cabinet secretary has accused the Jubilee party for not taken action against the minister. 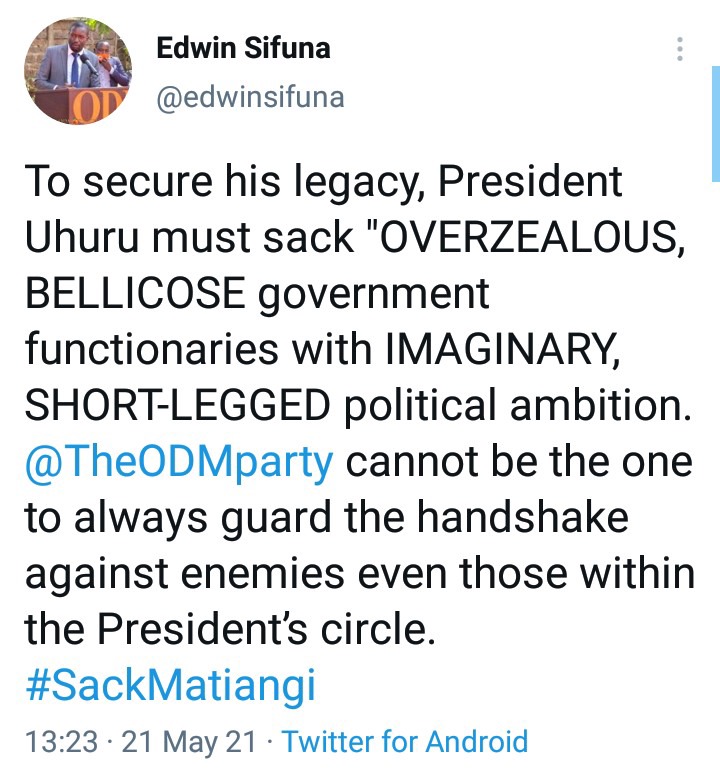 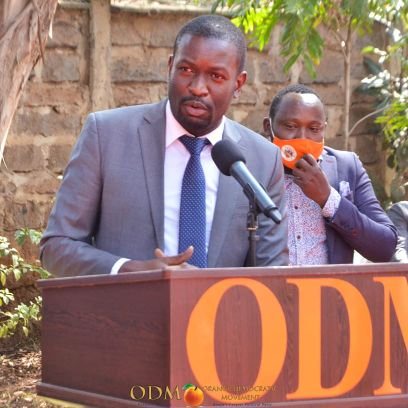 Kenyans on Twitter had divergent opinions with some accusing Sifuna of double speak citing that his party is working with Jubilee and whatever he is doing amounts to sabotage. 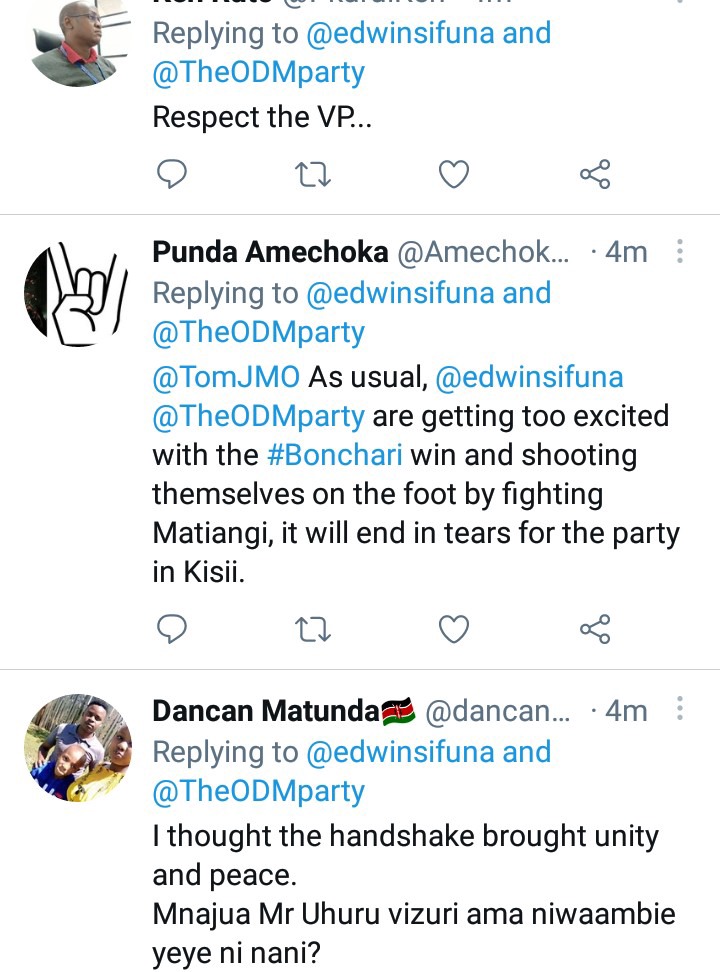 The outspoken cabinet secretary Fred Matiangi had earlier received criticism from either side of the political divide concerning the manner in which he conducted the recent by-elections in country.

The use of police force to disrupt smooth running of polls was blamed on Matiangi who is said to have issued instructions to police to brutalise the masses.

We will keep on following this story for more update incase of any official statement from the interior office.

Why Jubilee Might Fail Terriby In Kiambaa By-election And Two Things Everyone Should Expect.