Popular lawyer and UDA candidate to the Westlands National Assembly seat Nelson Havi has finally conceded defeat. This is after the ongoing vote tally indicated he was on the verge of irredeemable lose to incumbent Member of Parliament Timothy Wanyonyi. Havi was on the top of the race at a time when Wanyonyi eyed the Nairobi Gubernatorial seat, but his fate took a new twist after Wanyonyi dropped his gubernatorial bid to concentrate on retaining his Westlands Parliamentary seat. 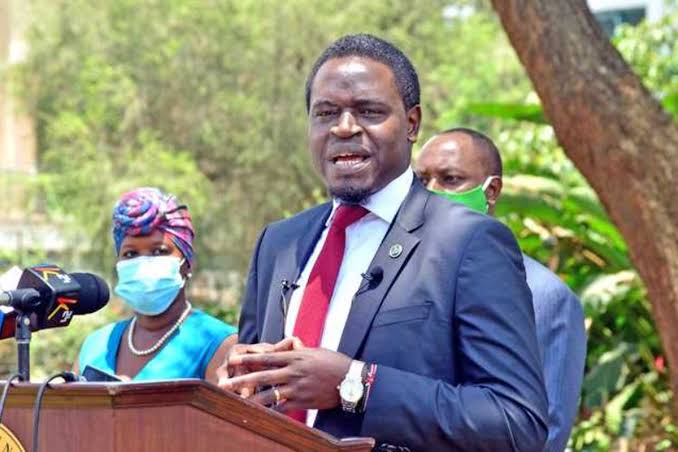 The former Law Society of Kenya (LSK) president has in his social media platforms acknowledged Tim Wanyonyi's win while congratulating the incumbent for the win. "We are the minority in the contest, for Westlands. The majority chose Timothy Wanyonyi" Nelson Havi said in his concession statement. Havi has urged Timothy Wanyonyi to serve well. 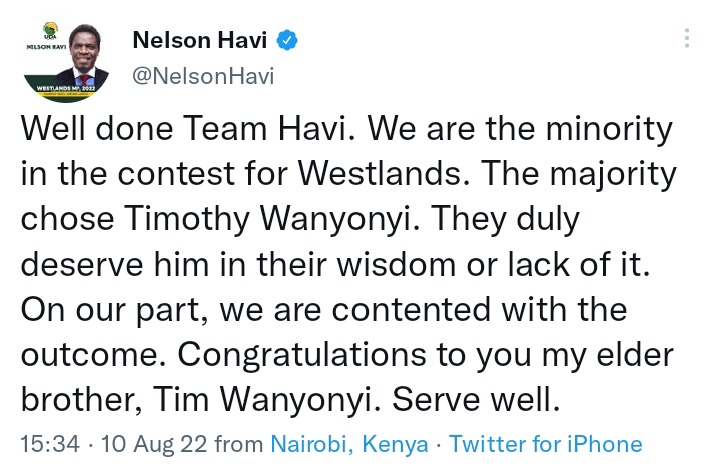 Havi was the main rival to Orange Democratic Movement (ODM) candidate Timothy Wanyonyi in the Westlands Parliamentary race. He is currently among the several United Democratic Alliance candidates in Nairobi County who have conceded defeat to their Azimio rivals in this election. Lawyer Nelson Havi will now have to consider other options to serve Kenyans. Meanwhile, the results fro other Constituencies keep streaming in and Kenyans will be hoping for not less than a win for their candidates.