Ugandan activist residing in Kenya, Matsanga David, has thrown caution to Deputy President William Ruto and allies that their poluraty and political ingenious of their leader is a Fallacy And would be tamed sooner or later. 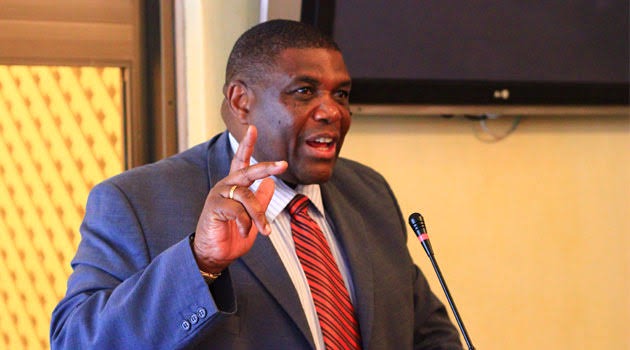 Taking to his Facebook account, David Matsanga, pointed out the real reason why DP Ruto has been trailing in most of by-election that have been held in the country recently.

Matsanga said that DP's first failure was when he appointed 'political rejects' like former senators Johnston Muthama, Bonny Khalwale and Omar Hassan, saying that he could have been ahead of his competitors had he chose 'victorious warious.'

"By appointing Political rejects like former Senators Muthama, Khalwale and Omar to be the bulwark of his newly formed Party's campaigns was by no means equal to his much vaunted intuition. A humiliating defeat was the most assured outcome, by all means." He posted. 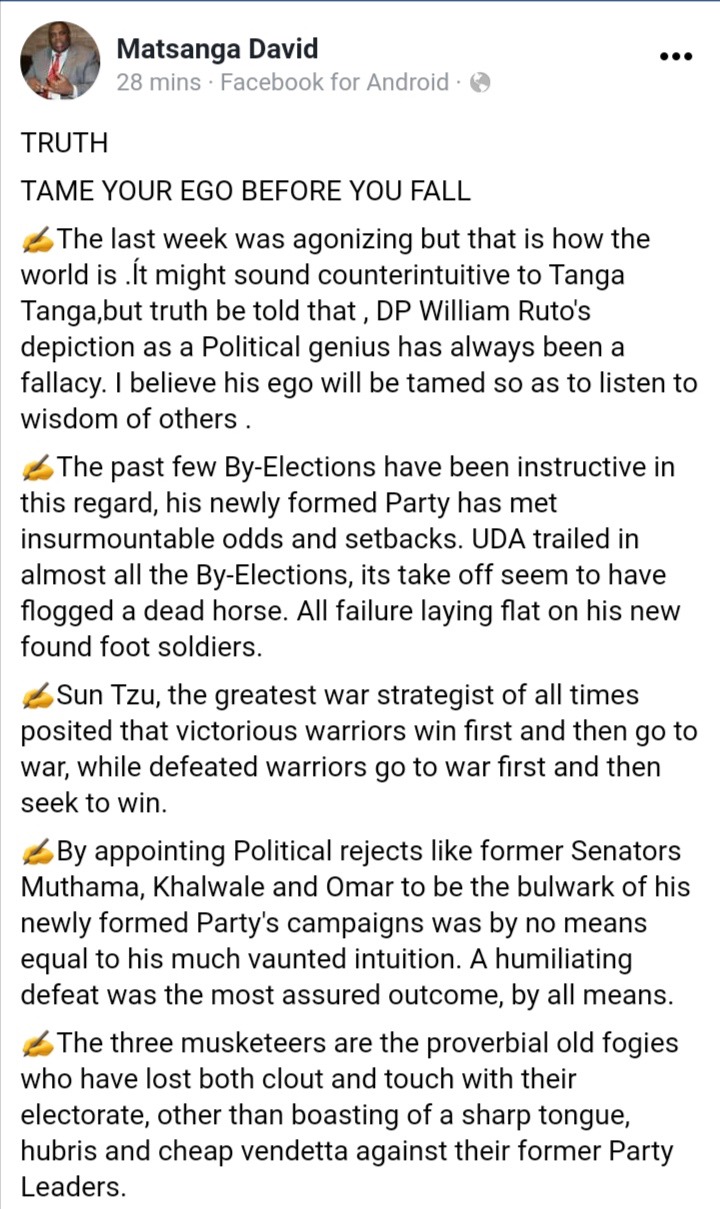 They however managed to secure ward seats in Msambweni and London assemblies.