LSK President Reveals an 'Error' Prof. Patricia Mbote Made While Being Interviewed for CJ's Position 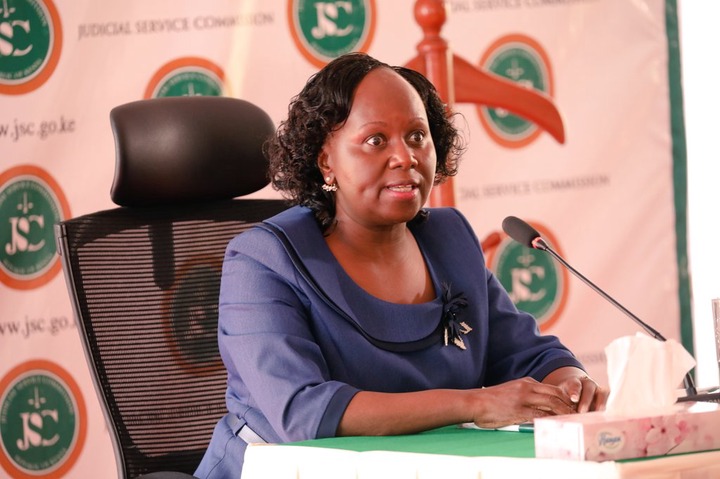 The president of the Law Society of Kenya Nelson Havi has disclosed a legal error that professor Patricia Mbote made while responding to a query while being interviewed for the position of the Chief Justice.

According to the embattled LSK President, professor Mbote's response in regard to the two-thirds gender rule is a requirement of the constitution and not a derogable right.

According to him, the issue at hand is not an issue of going around the Constitution but a matter that requires implementation within the legal framework that has been laid down by the constitution.

"Prof. Patricia Kameri-Mbote misses it big time again on the two-thirds gender principle under Article 27 (8) of The Constitution. The principle is a requirement in the Bill of Rights. It is a non derogable right. You cannot go round The Constitution or negotiate the issue. ^DoS"Nelson Havi. 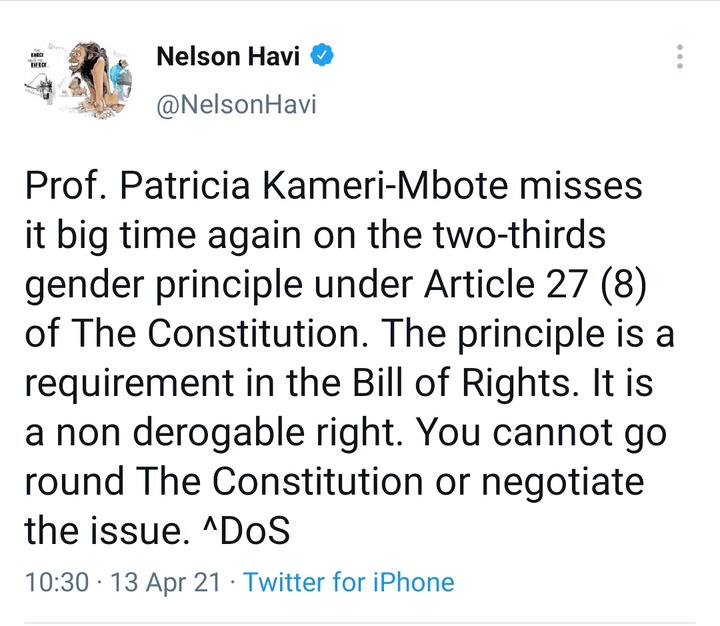 According to the learned professor while answering the question on what she would do to ensure the two-thirds gender principle is achieved, she said it would be a matter of trying to achieve it in different segments.

"I would try and see how the principle is achieved in a quarterly manner by making sure that the institutions come up with a legal framework to support the same,"the professor noted.

This comes at a time when president Uhuru Kenyatta has already lodged a case against an advisory that required him to dissolve parliament over lack of meeting the gender threshold.

She has been a dean at the School of Law, University of Nairobi where she has taught for over 30 years. She is also Advocate of the High Court of Kenya and was conferred the rank of Senior Counsel in 2012.