Overthrowing of the Guinea President.

By MATARA (self media writer) | 4 months ago

The Guinea President Alpha conde', was overthrown after a fierce contest by his fellows. It is believed that he had come up with a motion as well he was intending to extend the presidential term of the president to give him a pathway, to be in power for another term.

The country recommends one to serve as the president for a maximum of 2 terms.it is believed the coup was organized and executed in a manner that found the president surrounded by soldiers all around. This became tricky to him as he could not escape at all as he was already under tight security.

The UN secretary-general and the AU as a whole have condemned the move and demanded the immediate release of the president by the soldiers, he was captured barefooted on a sofa. Guinea is a 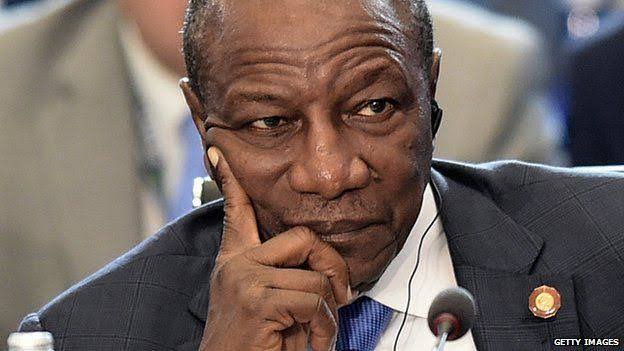 well-known country for its richness with minerals but due to this kind of problem, it is assumed to be one of the poorest countries across the globe.

Content created and supplied by: MATARA (via Opera News )

"He is Just a Poodle" Wanjigi Attacks Kinoti, Raila Moments After Being Freed (Video)