By MASKANI_NEWS (self media writer) | 3 months ago 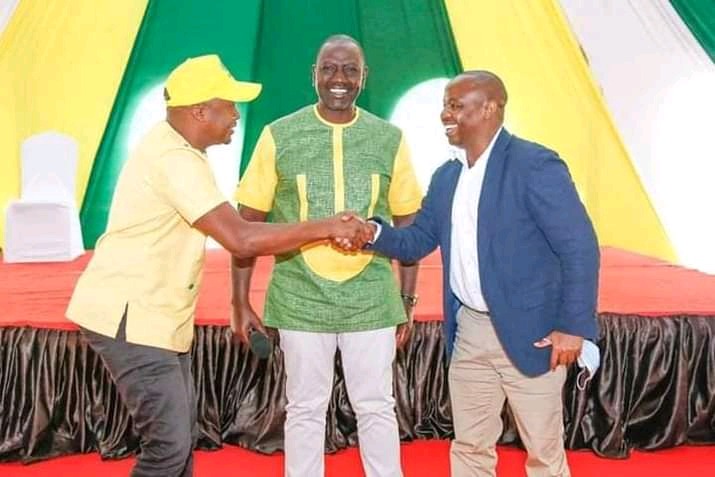 While reacting to a post on Nation newspaper Sunday morning EALA MP Simon Mbugua has revealed the happenings that transpired in the UDA primaries that led to him being awarded the party ticket under unclear circumstances in the just concluded UDA nominations which were filled with cases of rigging and unfairness. 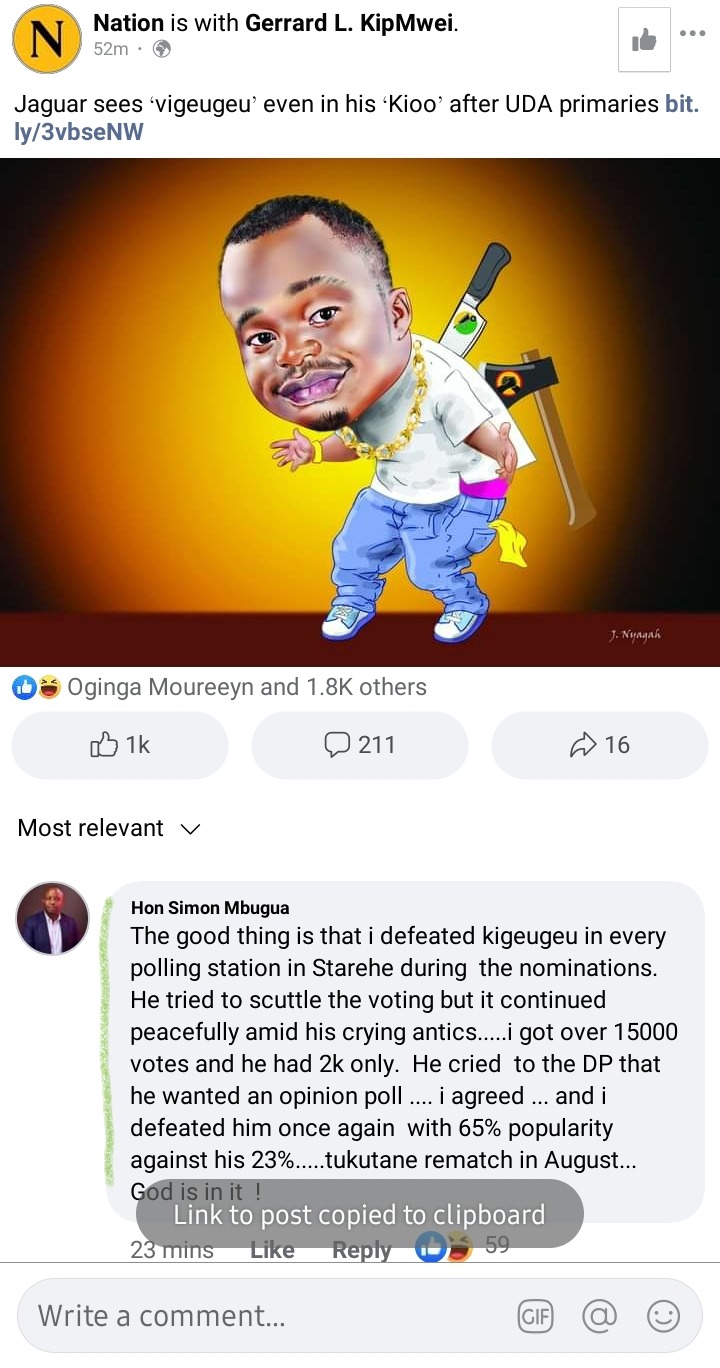 According to Simon Mbugua, the Starehe MP only got 2000 votes while he got 15000 votes which the incumbent disputed and asked the party leader to run an opinion polls in the area, in which he also agreed to take part in because he knew he would defeat him because jaguar had lost popularity in the area. 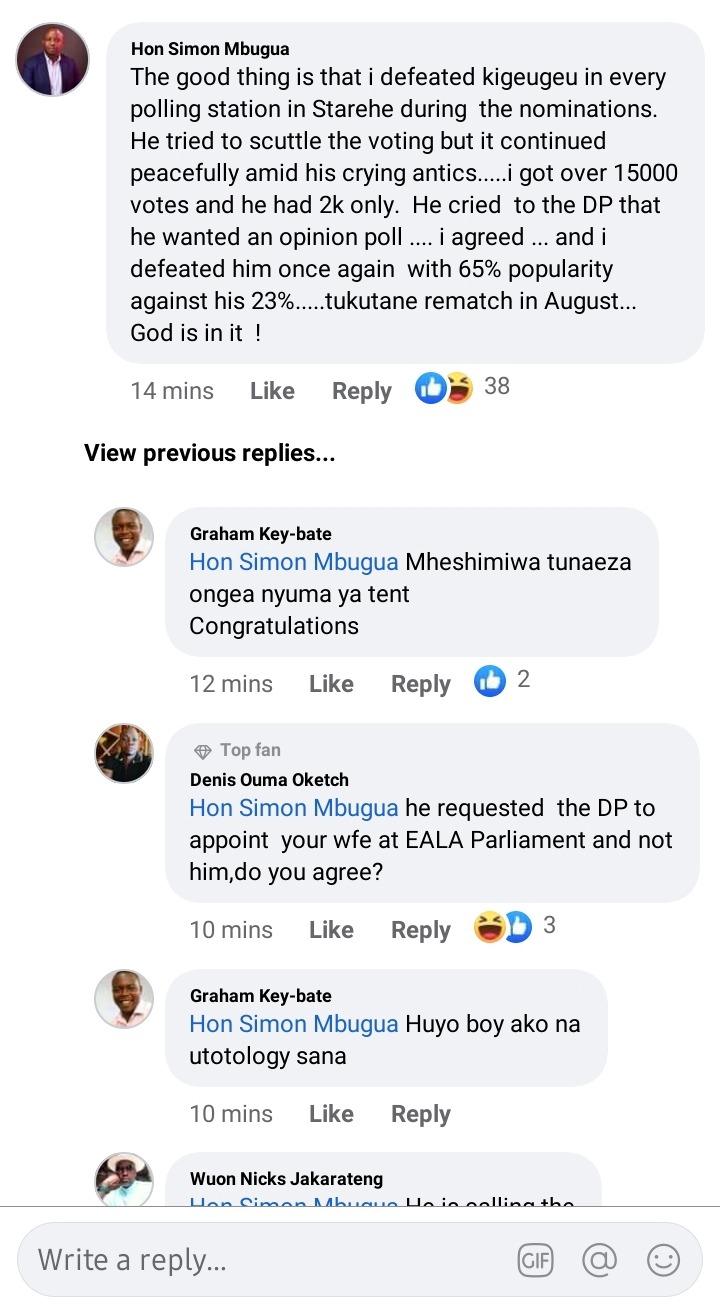 After the party conducted an opinion poll, it emerged that Charles Jaguar enjoyed a popularity of only 23 percent while he enjoyed over 63 percent of the people's support. He has told Jaguar that they should meet in the ballot since the people will decide.

How To Make Delicious And Soft Layered Chapati

All set for presidential election petition at Supreme Court

Opinion: William Ruto Is The Perfect Example Of What Prayers Can Do In An Individual's Life.

JUST IN: President-elected Willam Ruto To Address The Media Today

Elon Musk Posts About Buying Manchester United, Claims It Was A joke