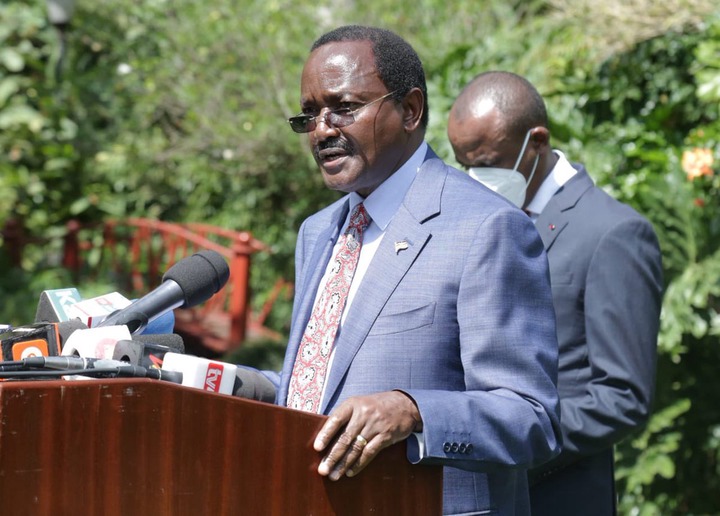 It's not Wiper Democratic Movement leader Kalonzo Musyoka's fault that he is a weak and failed political leader, Machakos governor Alfred Mutua has joked.

The former Vice President has been at the helm of Ukambani (Lower Eastern Region) politics as kingpin for years, retaining his grip of the region despite attempts by the likes of Mutua to oust him.

But Mutua says that in the close to 30 years he has been there he has failed to deliver, resulting in the region remaining behind despite the leader going as high as the country's Second In Command.

But he also adds that it is not his fault as he lacks proper leadership skills DNA in his body, and now wants him to move aside for visionary and able leaders who can lead the region to success.

“Unfortunately, Kalonzo has never seized this opportunity to initiate development and empower the people of the region because development and how to initiate it is simply not in his DNA. It is not his fault - he is just intrinsically incapable,” the second term county chief said in a statement on Saturday. 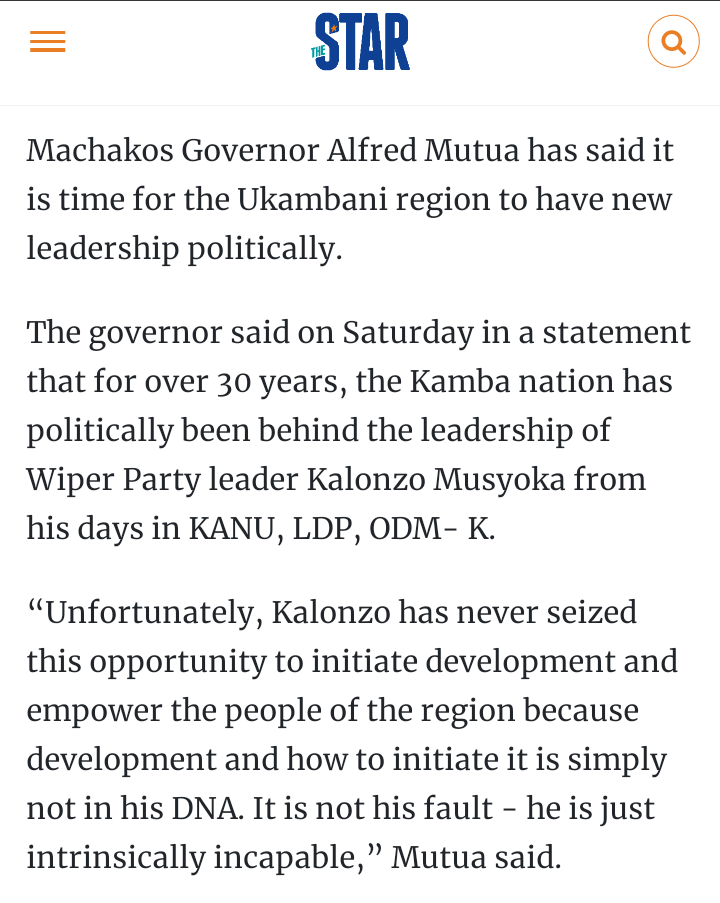 He faulted Kalonzo for focusing on positions and power and forgetting about his people, blaming this for the stagnation being witnessed in the region, even as he admitted that he has succeeded in locking Ukambani and retaining support of area people.

He now says that it is time for leaders with new and fresh ideologies to take over, maintaining that soon, it will dawn on Kalonzo that he has lost the region, forcing him to willingly leave the arena.

"We have shifted our alliance from the politics of poverty to the politics of development...Kalonzo is no longer the person to talk to or interact with when dealing with the Ukambani region," added the leader.

But his remarks come at a time when Kalonzo is keen on once again rallying the region fully behind him as he seeks to succeed President Uhuru Kenyatta as the next Head of State of the Republic of Kenya.

Mutua is seen as having ganged up with his Makueni and Kitui counterparts Kivutha Kibwana and Charity Ngilu in a bid to fight Kalonzo off the kingpin throne.

As Ruto And Raila Invades Each Others Backyards, OKA Took Western Region By Storm