The results of the 2022 presidential elections have not yet been made public, but President Kenyatta is projected to be succeeded by either Deputy President William Ruto or ODM leader Raila Odinga. Residents in West Pokot have clash with police after they to demand IEBC to announce the results of the region. The supporters wanted to know whether the IEBC had completed the counting of votes. They have engaged police in a stone, throw and run in the evening rush. The IEBC presiding officer of the region reported that they will be ready to upload or rather update the results as soon as they complete some important issues. The voters didn't listen to that and instead engaged in a demonstration. 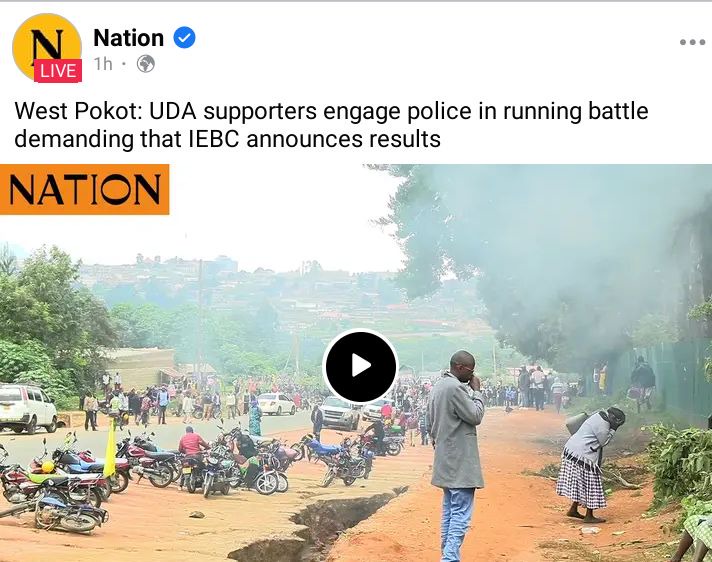 Police were forced to intervene to solve the situation. They attempted to disperse the crowd, but their attempts were unsuccessful. The supporters asked that the IEBC presiding officer declare the results because they thought there might have been election manipulation in some local tallying centers. According to Returning Officer, those who were demanding for the address were UDA supporters in the region who they demanded to know the results. Here is the link; https://www.facebook.com/105983259496/posts/pfbid0pCnNzFehMK2feZP16AKxeRVVjszuFDbMYobMK9S1qU4TqaaEuExnNbNdkR6fU86pl/?app=fbl